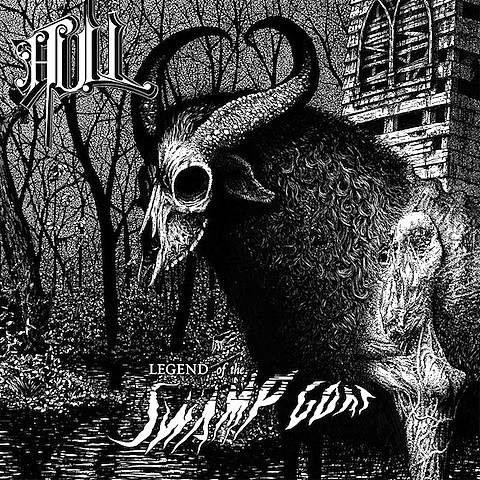 Brooklyn-based psychedelic sludge purveyors Hull welcomed their new Legend of the Swamp Goat 7" last month via their own Iron Orchestra Works label. The tune has been bouncing around for a number of years--according to the band, it was originally recorded in 2007 and laid dormant while they wrote material for their 2009 debut Sole Lord, then was subsequently forgotten about as they continued to tour and prep 2011's Beyond the Lightless Sky. Emerging from the depths, the single aims to blow your proverbial doors off with searing and bluesy thunder. Take a listen to "Legend of the Swamp Goat" at the bottom of this post. You can grab a 7" via Hull's bandcamp.

Hull will be properly celebrating their new 7" with a record release show at Saint Vitus on April 4, with support from fellow NYC outfits Anicon and Iron Force. Tickets are on sale now. After that, they'll be touring Europe surrounding their appearance at Roadburn 2014.

All Hull dates and a stream of "Legend of the Swamp Goat" lie after the jump...