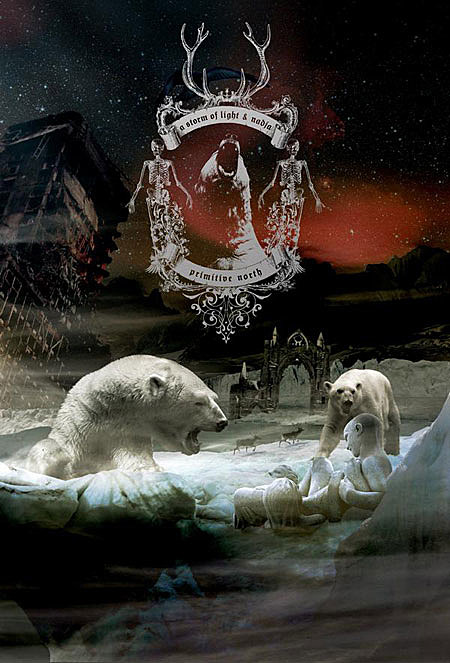 As originally discussed in July, A Storm of Light and Nadja have announced the release date for their sort-of split LP Primitive North due on the Robotic Empire on March 3rd, 2009. The record will feature two new tracks by A Storm of Light, a new one by Nadja, and remixes of each track by the other party. A Storm of Light's Josh Graham did the cover art for the album. That's it above.

In related news, Graham will provide the art for the new record by Brooklyn's own Hull who announced today that they have inked a deal with The End Records to release their LP Sole Lord. No release date yet. In the meantime, you can check the band out at one of two dates the band has lined up in the next two weeks... 12/12 at Union Pool with Apeshit & Ancient Sky, and 12/19 as part of Unsound with Zozobra (mems Cave-In), The Austerity Program, Heavy Winged, and Cowards. Flyer for Unsound below.

A Storm of Light released And We Wept The Black Ocean Within earlier this year... and we interviewed Josh Graham about it. The band will headline Europa on Feb 15, 2009 with faves Zoroaster, Amenra, and I, Parasite (tickets here). All dates below... 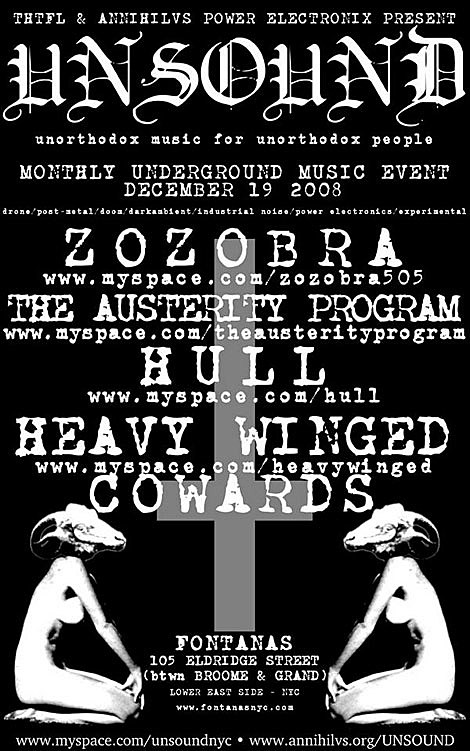