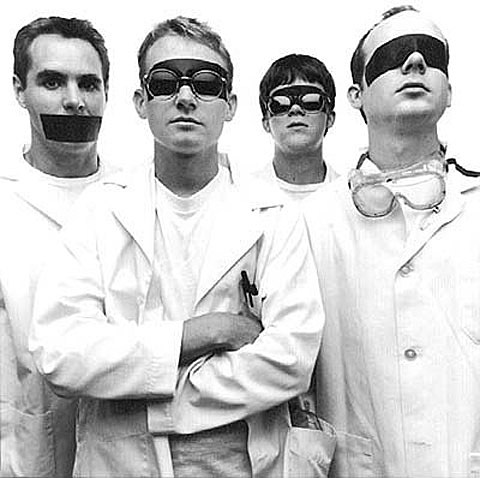 "Matt Talbott tells me there's some Hum shows coming this fall! I don't have all the details yet, but here's what I know: there will be one on September 10th, and it won't be in Champaign. A show in Champaign is possibly going to be planned for September 9th, and they are playing Fun Fun Fun Fest in Austin, TX in November." -[h-u-m.net]

The above quote comes from a Hum fansite, and while we have yet to receive official word, it does seem within the realm of possibility considering that Hum have reunited occaisionally since officially dissolving in 2000. More news to come.

Hum released You'd Prefer an Astronaut in 1995 and the follow-up Downward Is Heavenward in 1998.