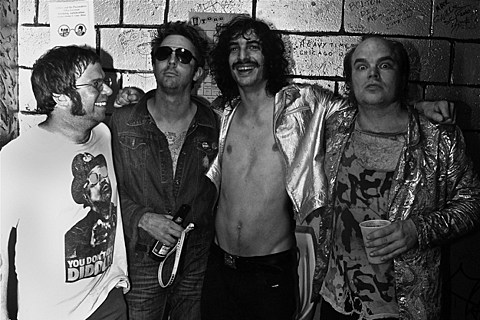 Rackety Detroit garage punks Human Eye, whose past albums have come out on Sacred Bones and In The Red, returned earlier this year with a new album, Human Eye 4: Into Unknown, out now via Goner Records. The new album's a bit less spastic than some of their earlier work but still sounds like out-of-this-world fuzz punk, and is absolutely worth a listen. You can hear the whole thing over at SPIN, and listen to the opening track, "Getting' Mean," below.

Human Eye have a few shows scheduled for this August, including a NYC show on August 17 at Death by Audio, where they'll be part of a great bill that also includes Toronto's The Soupcans, Sacred Bones-signed Medication, and HoZac-signed Shocked Minds (who also play DbA on 7/25 with OBN IIIs, Ex-Cult, and Pampers).

All tour dates are listed, along with song streams, below...