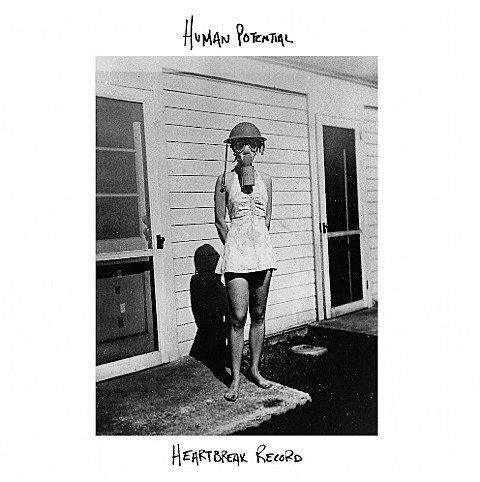 Human Potential is the solo project of Andrew Becker, former drummer of Dischord math rock band Medications and Brooklyn experimental rock band Screens. He's releasing his debut solo album, Heartbreak Record (on which he plays every instrument), on June 3 via his own What Delicate? label, and its first single "Rounded Hours" premieres in this post. The off-kilter sounds of both of his previous bands show up here, but there's also pretty chords and airy falsettos that are more Antlers than Dischord.