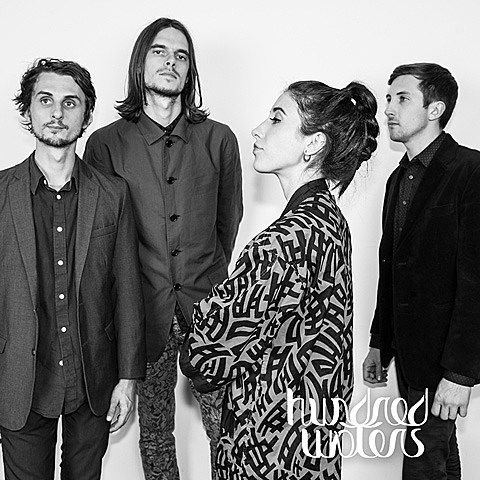 Hundred Waters are wrapping up their tour with Mitski playing shows in their former Florida home this weekend (the band recently relocated to LA) and finishing in Austin for a couple appearances at SXSW, playing the Pitchfork party at Mohawk on March 19 with Migos, Vince Staples, Waxahatchee, Title Fight and more, and then the We Are Family Showcase on March 21 with Emprss, Jacuzzi Boys, Phantoms, HO99O9 and Kodak To Graph. All dates are listed below.

In anticipation of the We Are Family showcase, Hundred Waters made a mixtape with some of the other bands on the bill, as well as former tourmates, including Braids, Julianna Barwick, Kodak to Graph, Aphex Twin and more. Says the band's Zach Tetreault:

while making this, i couldn't help but think of the people who have been such a real part of my life this past year. those i've grown along side of, toured with, been endlessly inspired by... and also those i've never met, but whose music has continuously helped me to exist and feel alive. it starts with one of my favorite people and producers, kodak to graph. the song 'los angeles' comes off his new record and is something of a reactionary piece to his transition from florida to los angeles, full of hope and wonderment. having just made that same move ourselves, the song hits home. kodak, mas ysa, moses sumney, braids are all in this mix for a reason. all are dear friends and previous tour mates and all make beautiful honest music to crawl deep inside of and discover new things with every listen. i've fallen deeply in love with all of these humans and their art. jacques greene and nujabes. these 2 in particular have sound tracked everything from our pre show vibe to dozens of bug eyed car rides after swimming down florida rivers on lsd. forever classics. julianna barwick, bing and ruth, andy stott. these artists have done more for me than words can describe. the brief lull in the mix where these songs get to peak through is most likely a subconscious representation of the moments of personal reflection and meditation in my own insane touring life that i cherish so much. the moments alone in the back of the tour bus when i can dim the lights, close my eyes, and listen to music. anyhow, i'm rambling. hope you enjoy this.

The mix makes its premiere in this post and you can stream it below or download it for free via WeTransfer.

The Braids track, "Taste," is from their new album, Deep In The Iris, and you can stream that separately below as well. 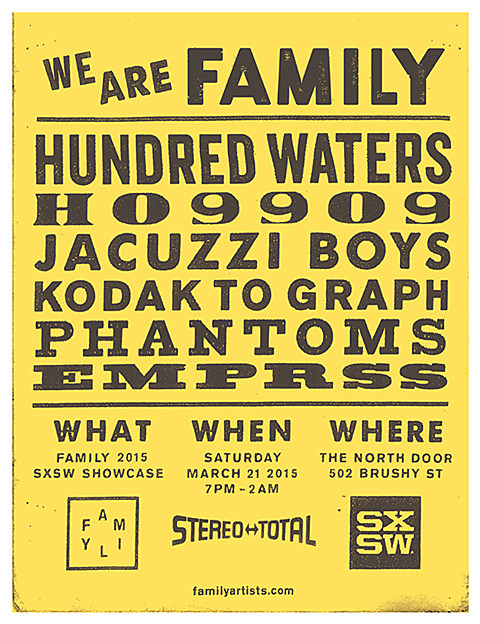