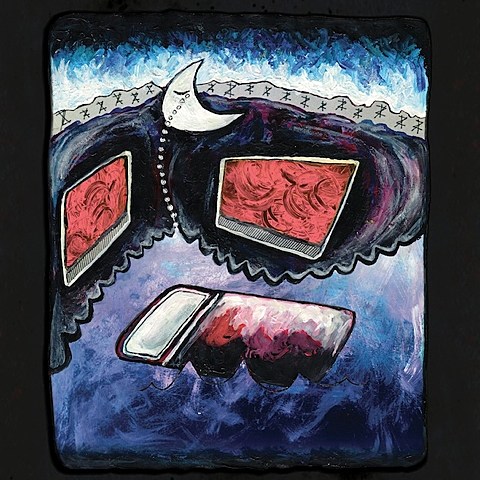 Hundred Waters have been releasing singles over the past couple months, including "Down From the Rafters," "Cavity," and today's newest release, "XTalk." The new single also comes with the announcement of the band's new album, The Moon Rang Like a Bell, which will be out on May 27 via Skrillex's OWSLA label, and includes all three of those tracks. It's their sophomore album, following 2012's self-titled debut which came out on Elestial Sound but was later reissued by OWSLA, along with the release of their Thistle remix EP.

That's the artwork above. Tracklist and streams of all three singles, below...

Hundred Waters - "Down From the Rafters"