Hunters at Bowery Ballroom in April (more by Amanda Hatfield) 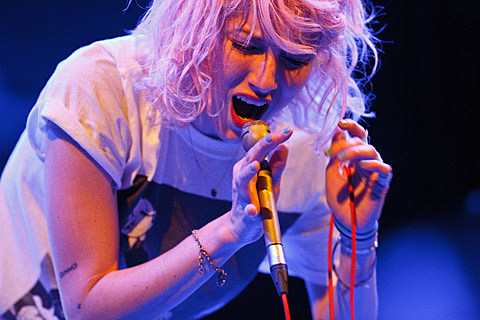 Brooklyn rockers Hunters are set to release their self titled debut LP via Mom + Pop this week (10/1), and they're currently streaming the album in full (via FADER). Check it out below.

Hunters will celebrate the album with a hometown release show at Death by Audio on October 11 with a few local regulars, Total Slacker, Skimask, and Sleepies. Not long after, they'll also be doing some CMJ shows, including the one on 10/15 at Cameo with PUP, Greys, Big Ups, Kirin J Callinan and Ovlov; and the Panache showcase on 10/17 at Baby's All Right (146 Broadway) with Speedy Ortiz, Ex-Cult, Calvin Love, Homeshake, and Big Ups. Flyer for the latter below.

In November, Hunters will kick off a full tour with Cali garage punks Audacity. That tour brings the two bands to NYC for a show on November 30 at Glasslands, which (like those CMJ shows) also includes an opening set from Brooklyn post-hardcore rippers Big Ups. Tickets for that show are on sale now. All dates are listed below.

Big Ups' debut LP, Eighteen Hours of Static, comes out January 14, and as usual they have a bunch of local shows coming up, including a lot during CMJ. All of their upcoming dates are listed below.

Meanwhile, Audacity is releasing a split 7" with The Coathangers on October 15 via Suicide Squeeze. The Coathangers recently revealed their contribution to the 7", "Adderall," which you can stream below. Their tour with Guitar Wolf hit NYC last night (9/29) at Santos. Anyone catch that show?

All lists of dates, song streams, and flyer, below... 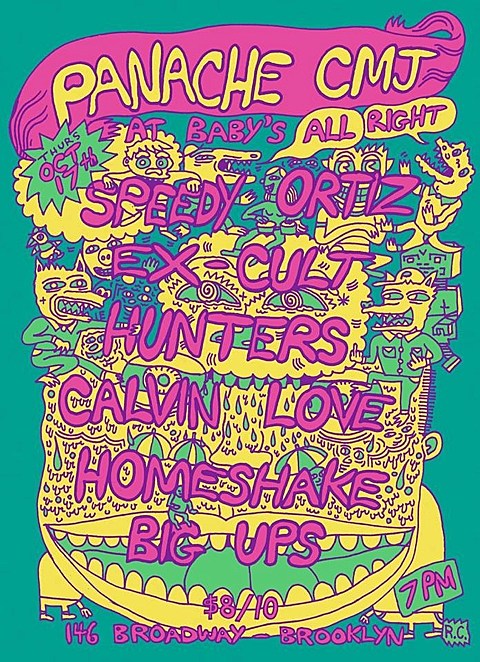