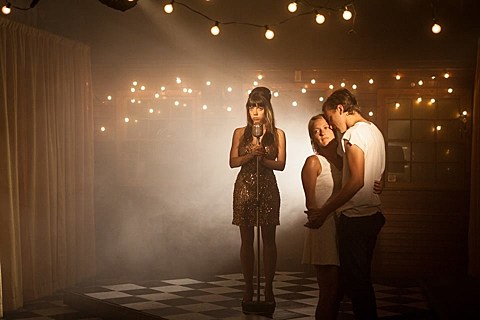 New Orleans country band Hurray for the Riff Raff returned earlier this year with the album Small Town Heroes on ATO. It's the kind of consistently great country album that's certainly more indebted to decade-old styles rather than the genre's current trends, but it doesn't have a novel retro/old timey feel either. If you're unfamiliar with the album, check out the videos for four of its tracks, below.

Hurray for the Riff Raff already visited NYC a few times this year, like for Lincoln Center's American Songbook series and for a Central Park Summerstage show, and they've now announced a tour for 2015 which has them returning for shows on April 24 at Bowery Ballroom and April 25 at Music Hall of Wiliamsburg. Tickets for those shows go on sale at noon on Friday (12/12) with AmEx presales starting at noon today (12/10).

Hurray for the Riff Raff - "The Body Electric"

Hurray for the Riff Raff - "End of the Line"