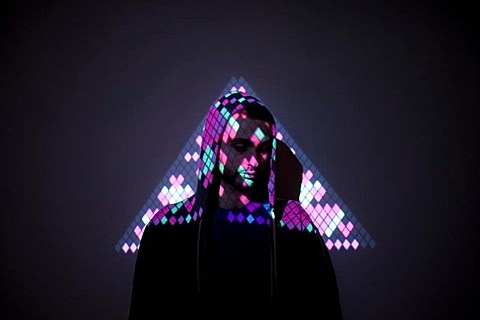 Bristol, UK producer Hyetal released his sophomore album, Modern Worship, earlier this month (6/4) via True Panther. Hyetal's been at it for a few years now, but this new album is his poppiest work so far (in a good way). He flirts with dance music on certain tracks, but more often than not, it sounds like he's taking cues from the electro-shoegaze of recent M83 or Neon Indian releases than the dubstep scene that birthed him. You can listen to the whole album on Spotify and stream three of its tracks below.

Hyetal is coming over to NYC for a previously discussed Warm Up at MoMA PS1 set on August 10 with collaborator Julio Bashmore, Detroit's Octave One (live), and DJ Dodger Stadium (aka Jerome LOL and Samo Sound Boy). The day before that show, he'll headline his own NYC show at Glasslands (8/9) in Brooklyn. Tickets for the Glasslands show and Warm Up are on sale now.

Meanwhile, Hyetal isn't the only person on that Warm Up lineup headlining a Glasslands show soon. Jerome LOL will play the venue on July 27 with Roosevelt (DJ) and Good Kids. Tickets for that show are on sale now.

All Jerome LOL and Hyetal dates are listed, along with song streams, below...