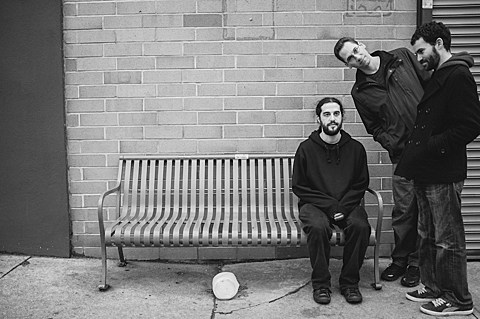 Brooklyn jazz/prog/rock unit Zevious are fresh off of a month-long tour with Dysrhythmia, with whom they share talented drummer Jeff Eber. They'll be showing off their road-tested chops for their last hometown show of the year at Union Pool on Sunday (12/8). Joining them will be equally out-there Ohio band Hyrrokkin, who will be celebrating the release of their "new" (released in September) album Pristine Origin. We premiered some material from that album over at Invisible Oranges around the time of its release, and if you missed it, you can stream it below.

Rounding out the lineup will be the hilariously-named Pants Exploder, which features Jason LaFarge of Seizures Palace Studios, and a joint improv set from musicians Matt Schulz (Holy Fuck, Enon) and Greg Saunier (Deerhoof).

No advance tickets, but admission is $10, and doors are at 8 PM. Stream some Hyrrokkin and Pants Exploder below...