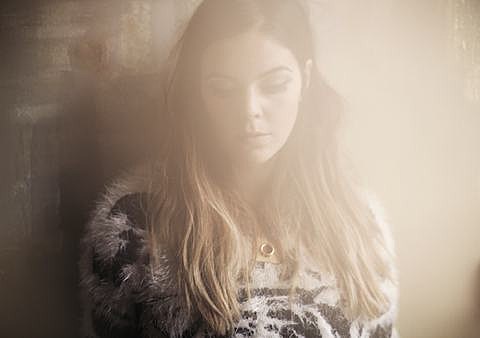 As mentioned, Sweden's I Break Horses released their second album, Chiaroscuro, this week via the new North American arm of Bella Union. Like on their 2011 debut, chief creative force Maria Lindén and collaborator Fredrik Balck mix shoegaze with synthpop, though for the new record it definitely leans more towards the latter. You can stream the whole thing via Rdio and check out videos for singles "Faith" and "You Burn" below.

You may have seen I Break Horses open for M83 in 2012 though she was sick for some of it, including her sole NYC headline show where she greeted the crowd with "I am very ill, I just threw up all over the dressing room." Hopefully Lindén will be in good health when she visits North America this spring for I Break Horses' first-ever headline tour here. (The one she was supposed to do in fall 2012 got canceled.) NYC gets two stops: Mercury Lounge on April 17 and Rough Trade on April 18. Tickets go on sale Friday (1/24) at noon.

I BREAK HORSES - YOU BURN