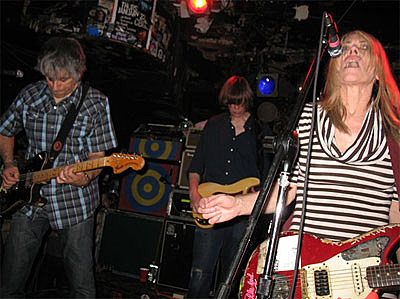 I was at Radiohead. Robert Christgau was probably at Sonic Youth. 'Modest micah' definitely was....

I stood at the stage next to nick zinner, his girlfriend and thurston moore's mother. the band was in a fantastic mood and played their entire new LP, "Rather Ripped" perfectly from start to finish. this show really enforced how strong the new record is.

jem cohen was there filming a documentary and he asked me if he could film me for it. i said sure, so he sat me down in one of the backrooms and had an assistant shine a sungun at me while i looked into the lens of his super 8mm camera.

this was the first time sonic youth had played CB's since 1992. i had a good night.

ps - mark ibold from pavement is the new bassist/guitarist.