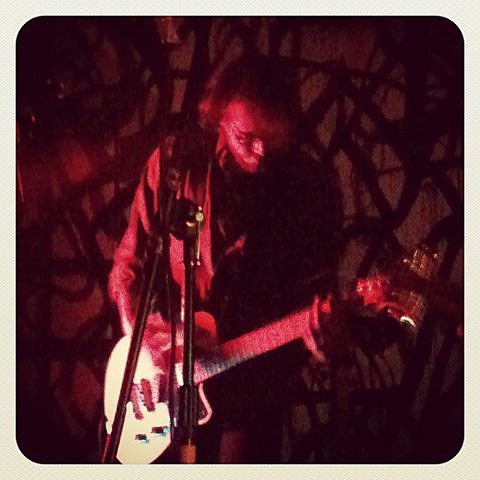 Cloud Nothings came to NYC this past week for an opening slot on the four band bill at Summerstage last Saturday (7/7), which was part of CBGB festival. Their set at Summerstage was great, but it was early, plagued by an amp malfunction, and only 5 songs long. So lucky for NYC fans, the Cleveland band hung around and played 'Fallon' last night (video below) and a sold out show at 285 Kent with DIIV.

I'll admit, I wasn't fully sold on DIIV before last night so I wasn't totally sure what to expect, as I had somehow missed all 1253 of the band's shows from the last 12 months. From the sound of their debut LP, Oshin, I was thinking it'd be a pretty calm show, but shame on me for being so judgmental because it was actually kind of nuts. The band and crowd both looked like they were having a great time, DIIV thrashed around on stage a bunch and there were actually attempts at moshing and stage diving (even if they weren't the most successful ones). DIIV filmed their music video for "Doused" at the show during which the audience rushed the stage and half the band ended up in the crowd. Look out for that video to drop soon.

After DIIV, Cloud Nothings came on stage, kicking off their set with "Stay Useless," the same song they played on 'Fallon' last night. During the show I got punched in the face by a drunken man who either thought he was dancing or trying to share a brotherly love for the band, lost my voice and my hearing -- so you know it was a great time. The band were going all out, and you could tell they were way more in their element at 285 Kent than at the larger outdoor Central Park Summerstage. Moshing and stage diving were nonstop the whole show, as were raised fits and shoutalongs. The set included every song on 2012's venerable Attack on Memory, but no encore due to the fact that the venue had to clear out for the DJ party which started at midnight (which DIIV, Neon Indian, and others DJed at).

During "Wasted Days," frontman Dylan Baldi put his guitar on stage for the stretched out noise section, allowing rabid fans to slam on its strings as he turned knobs on his pedals and the rest of the band carried on. When the band brought things back to earth and vocals returned, Dylan was joined by a sweaty, fist pumping chorus of "I THOUGHT! I WOULD! BE MORE! THAN THIS!" where his piercing screams rival those of the post-hardcore greats that are often channelled on Attack on Memory. The whole show blurred together (in the best way possible) as the band powered through standout after standout. The interlude which they usually preface "Separation" with was replaced by a shorter, faster, and far more thunderous one. The only time that the packed 285 Kent had a chance to rest was the final track, Attack on Memory opener "No Future, No Past," but even then the whole room was joining in at the top of their lungs, eagerly anticipating the song's gradual build, until it exploded into the crashing and crude ending, and the band walked off stage.

Unfortunately we had no photographer at the show, but a couple more humble instagrams, the 'Fallon' video, and all remaining Cloud Nothings tour dates (including Pitchfork Festival) are below... 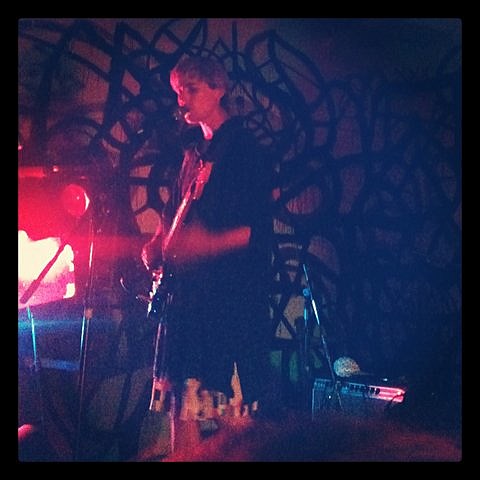 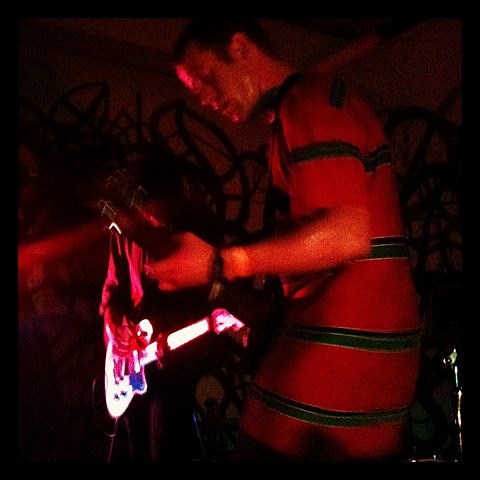