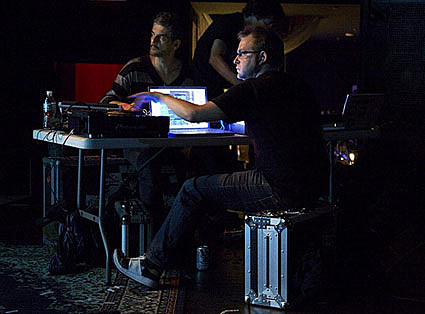 In this week's episode of iheartbrooklyn we turn you on to activities you can do legally (mostly) in Prospect Park such as fishing, grilling, sightseeing and drinking boxed wine (ok, that's the illegal part).

We also show some clips from the upcoming Eighth Annual Bicycle Film Festival™ 2008 which will be screening films Friday through Sunday.

This week also begins our three-part discussion on DIY venues in Brooklyn-the pros, cons, and how the scene has changed in the last few years. This episode features an interview with the David Rodgers Berry of O'death, a country-bluegrass-punk hybrid based in Brooklyn. In preparartion for a show at Ridgewood's DIY space Silent Barn on Friday, May 30, 2008. Rodgers Berry tells iheartbrooklyn a little about the hype of DIY and the realities of it in Brooklyn and beyond. [I Heart Brooklyn]