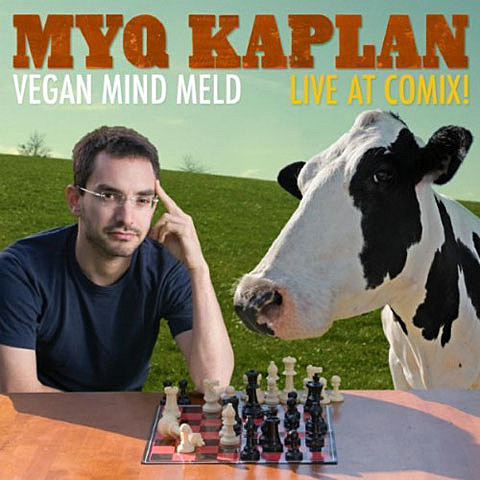 Considering Brooklyn comedian Myq Kaplan's CD was recorded live at NYC comedy club Comix and named one of the best comedy albums of 2010 by Dusted and has a name like "Vegan Mind Meld" and was released all the way back in April, I'm a little slow to this party, but better late than never.

Catch Myq (who was also on the lineup of last night's Whiplash) do standup for FREE TONIGHT (2/1) at Royal Oak with Hannibal Buress, Giulia Rozzi, Micah Sherman, and The Pendulum Swings featuring Jason Trachtenberg of The Trachtenberg Family Slideshow Players.

Alternatively, Todd Barry is on the lineup of Tell Your Friends! at Lolita Bar tonight.

Listen to Craig Ferguson say "vegan" and watch other videos below...