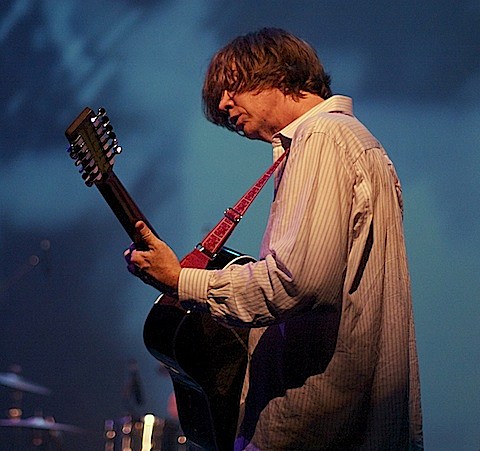 As previously discussed Thurston Moore has a new band, Chelsea Light Moving, who will release their self titled debut album on March 5 via Matador and have a tour on the way in support of it. That tour includes Maxwell's (3/2) in Hoboken with Talk Normal (tickets), SXSW in Austin, Bowery Ballroom (4/5) in NYC (tickets), and ends on April 7 at The Sinclair in Thurston's home state of Massachusetts. What it doesn't appear to include though are any birthday parties, weddings, or hullabaloos on other planets, which are all fair game according to the band's bio...

Chelsea Light Moving is the current group led by Sonic Youth founder Thurston Moore. He is the songwriter and plays over-amped hyper electric guitar and sings with raw-glam-destructo vocals. The band is a four piece featuring Samara Lubelski, who has played violin with TM on his last two solo LPs (Demolished Thoughts and Trees Outside The Academy) and with Chelsea Light Moving plays deep psyche pop metal bass guitar. Keith Wood, who records under the aegis Hush Arbors, plays electric guitar with a pick forged from angel wing and John Moloney, aka "Pegasus", approaches the drums like an asteroid hurtling toward Earth. The first self-titled CD was recorded in two spurious sessions with engineer Justin Pizzoferrato in Sone Lab, a killer studio in Easthampton Massachusetts. The band is ready to detonate any birthday party, wedding or hullabaloo in any country, planet or stratosphere that doesn't support right wing extremist NRA sucking bozo-ology.

I want them to detonate my birthday party! ... But my birthday isn't coming up soon, and I'm not planning on having a wedding anytime soon either, so I can't find out if Thurston is bluffing, Maybe you can?

Download the CLM track, "Empires of Time," above. All dates are listed below...