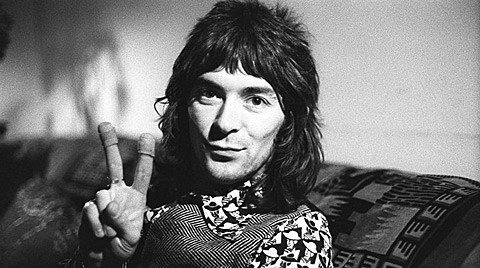 Sad news: Ian McLagan, keyboardist for Small Faces and the Faces, and who also played with Rod Stewart solo, The Rolling Stones and others, died today, having suffered a stroke in his home of Austin, TX. (He moved there in 1993.) He was 69.

McLagan played Small Faces classics "Itchycoo Park," Lazy Sunday," Rod Stewart's "Maggie May" among many others. He was a sought-after session musician as well, having played with Jackson Browne, Bruce Springsteen, Joe Cocker, Bob Dylan, Melissa Etheridge, Bonnie Raitt, Paul Westerberg, Izzy Stradlin, Frank Black, Nikki Sudden, John Mayer, and many others. He also continued to make his own music with The Bump Band, whose most recent album, United States, came out this year via Yep Roc. McLagan also was a member of supergroup The Empty Hearts which included Clem Burke from Blondie and Elliot Easton of The Cars.

Ian, you'll be missed. Rest in peace. Some videos of his talent are below...