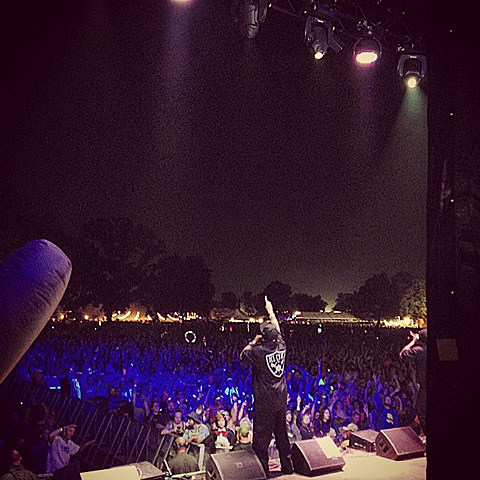 The story of NWA is being turned into a big budget Hollywood biopic titled, like their 1988 debut, Straight Outa Compton. Behind the camera will be F. Gary Gray who directed Friday and Set It Off, not to mention videos for Ice Cube, Tupac, Outkast and more. As for the cast, Ice Cube will be played by the rapper's real-life 24-year old son, O'Shea Jackson Jr, and The Hollywood Reporter has the scoop on the casting of Dr. Dre and Eazy E. Classically-trained Marcus Callender has nabbed the role of Dre; Eazy-E will be played by newcomer Jason Mitchell who landed the role after an a screen test that reportedly brought E's widow, Tomica Woods-Wright (a producer on the film, along with Ice Cube) to tears.

Meanwhile, Ice Cube (who can currently be seen in the #1 movie in America, 22 Jump Street) is doing the summer festival circuit, having just played last weekend's Bonarroo where he performed NWA's "Straight Outta Compton," as part of a medley of '80s rap classics, as well as paying tribute to the late Nate Dogg. Live video from Bonnaroo is below...