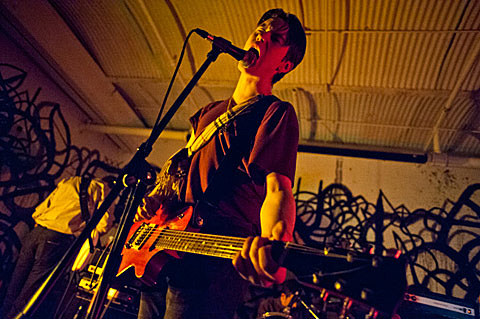 Iceage's ripping second album, You're Nothing, is out now via Matador and if you haven't heard it yet you can stream it below. While the band's April 20 show at Bowery Ballroom with White Lung and Parquet Courts (a pretty killer bill) is not sold out, the band have added another NYC at Music Hall of Williamsburg on June 13 with Lower which will be part of this year's Northside Festival (June 13 - 16). Tickets for that show are on sale Friday (2/22) at noon.

The band are also playing Chaos in Tejas in Austin at the End of June, but no other new North American shows have popped up yet. Updated dates are below.