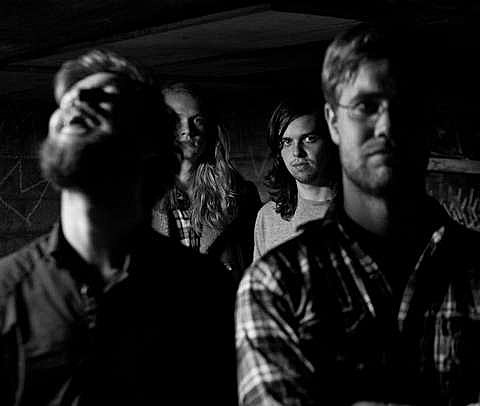 Icelandic hardcore band Muck are in the US for a few dates, having just played their first show in New York on Tuesday (6/5) at Secret Project Robot with Castavet, Kria Brekkan, and Vital Pains. If you were there, how was it?

They're sticking around for a few more shows in the US, including another in NYC TONIGHT (6/8) at Cake Shop with Dog Day, Plastic Gods, and one more TBA. Doors are at 8 PM. Admission is $10.

Muck released their Slaves LP earlier this year. It doesn't seem too easy to find in the states (it's not on iTunes or Spotify) but you can check out some song streams and a video from the album below, along with a list of updated dates.