Rolling Stone reports that Trent Reznor and Mike Gordon will be telling exclusive backstage stories about the venue, and the event will feature tributes to Dr. John, Allen Toussaint and Art Neville.

"In late 2018, our band took a huge leap of faith to purchase Tipitina’s," Galactic's Robert Mercurio said. "It was not because we wanted to own a venue, it was because we had a chance to save our favorite one in the world. But now we could really use some help to keep saving this national treasure. So in true New Orleans fashion we decided to throw a hell of a party to celebrate this musical institution."

It's free to watch, but donations are of course strongly encouraged. More info, donation link, and full lineup at Tipitina's website. 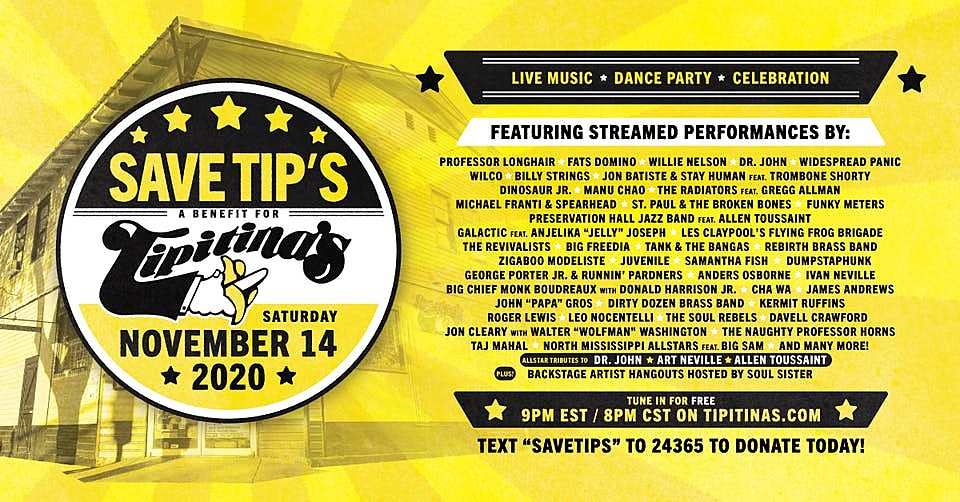