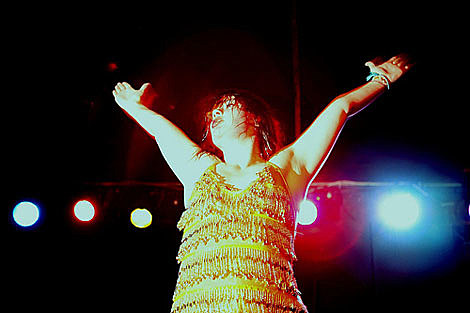 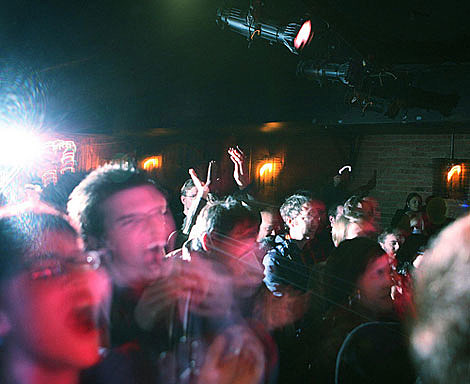 I saw Ida Maria for the first time last night (1/15). At approximately 9pm she blew in like a tornado, and 30 minutes later she was gone. Jax Rock Insider recently saw her show in LA...

.....well...all I can say really is "Oh My God." The woman is a rock goddess. She wore a gold flapper dress and over the next 30 minutes proceeded to shimmy, shake, writhe, and rock the fuck into the entire audience's collective heart. There have been occasions in the past where female indie pop stars use their sultry attitude and bad girl stage behavior to launch them to superstar status (Lily and Amy I'm looking at you) Ida blew both of them out of the water for me. Ida Maria is the real deal.

As some in the comments pointed out, Karen O is a good comparison if you want to talk about her actual performance. Music Snobbery was also there last night, and wrote, "She is THE rock goddess of 2009." Now I also know what Bill has been raving on about.

Ida plays again in NYC, tonight, January 16, 2009, for the lucky ones with tickets at Union Hall in Brooklyn. If you missed her this time, don't worry I'm sure she'll be back soon. Listen at MySpace. More pictures and the setlist from Mercury Lounge below... 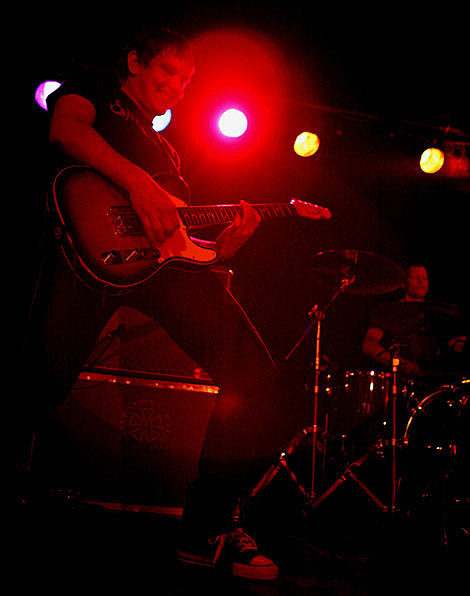 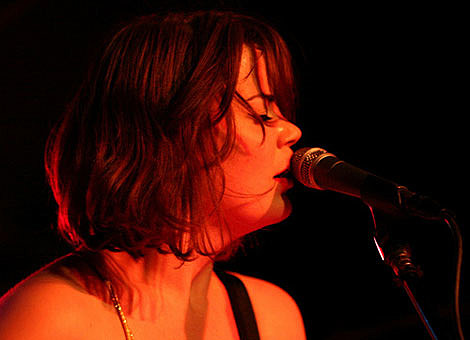 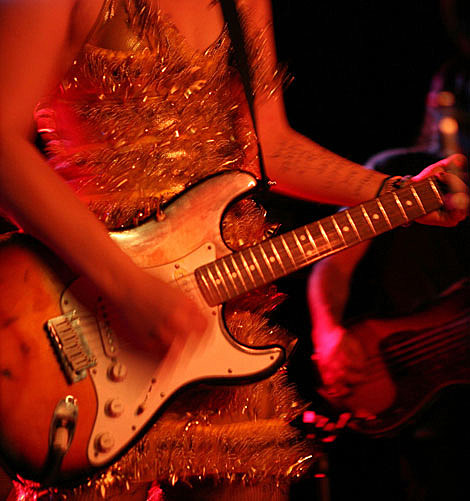 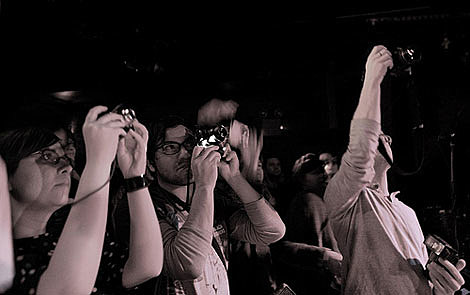 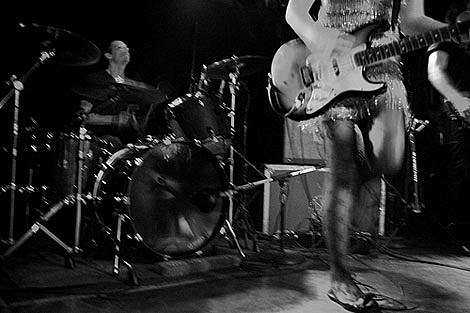 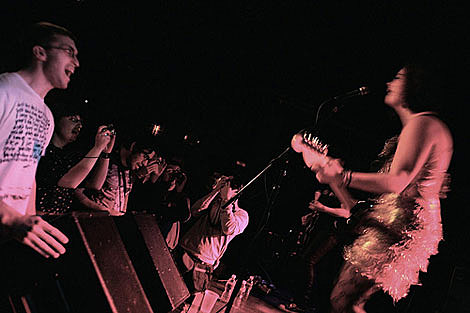 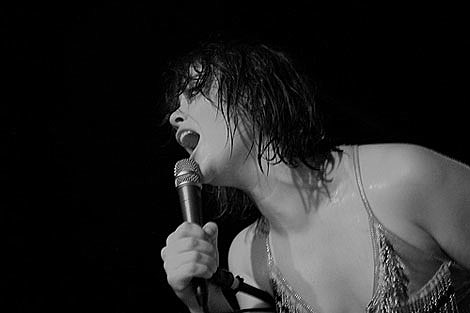 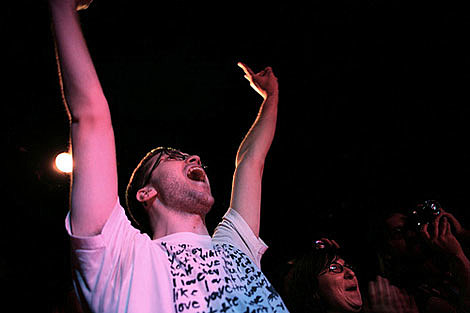 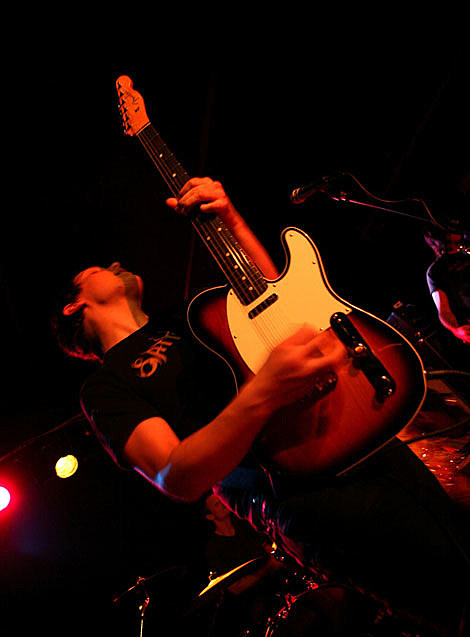 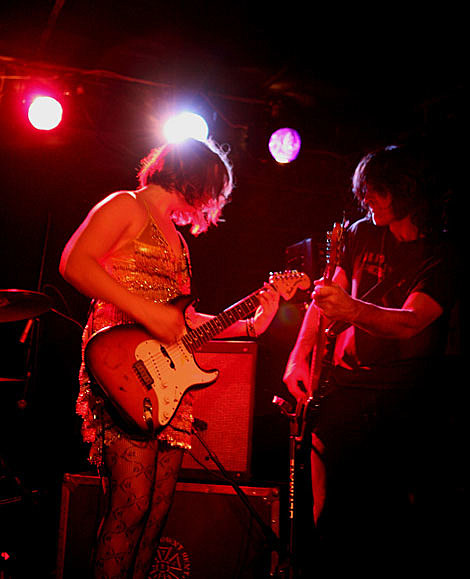 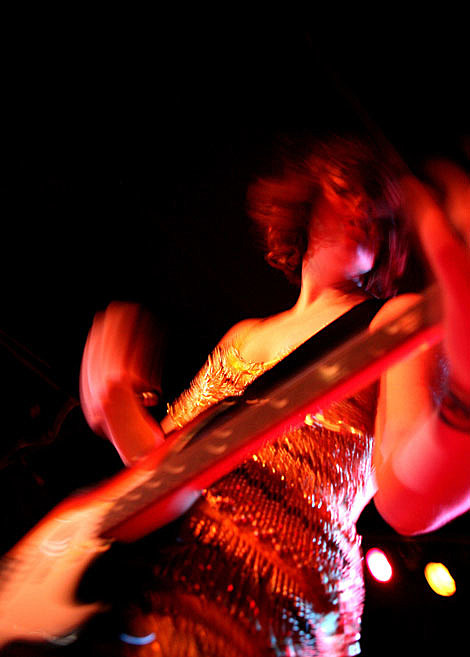 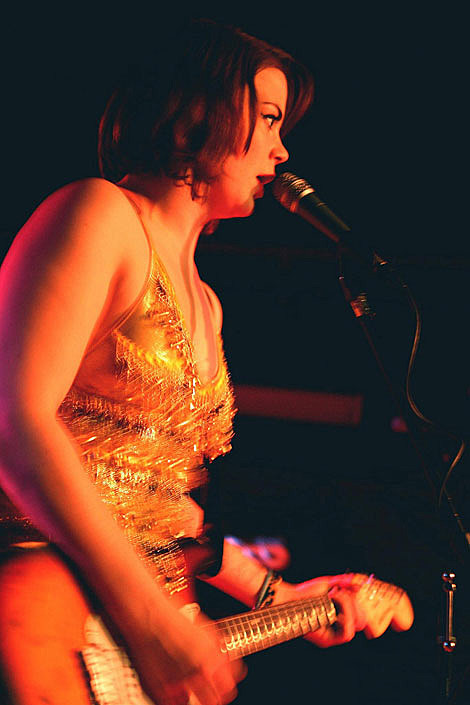 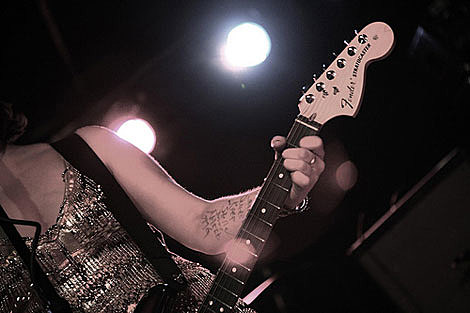 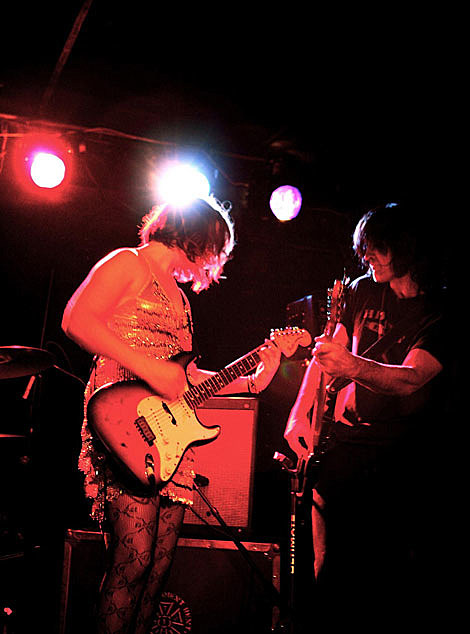 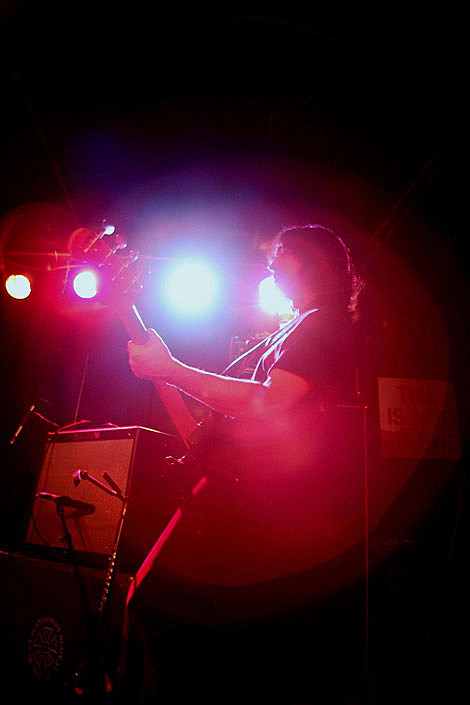 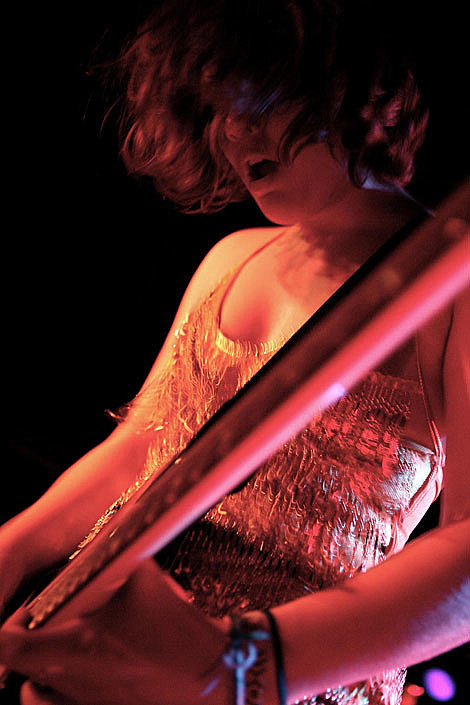 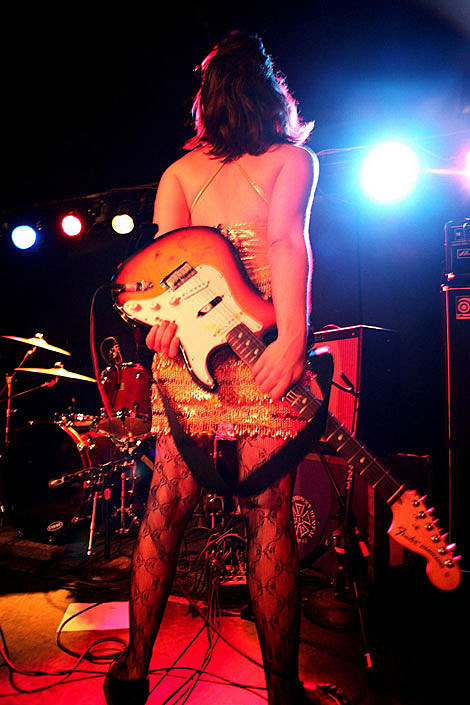 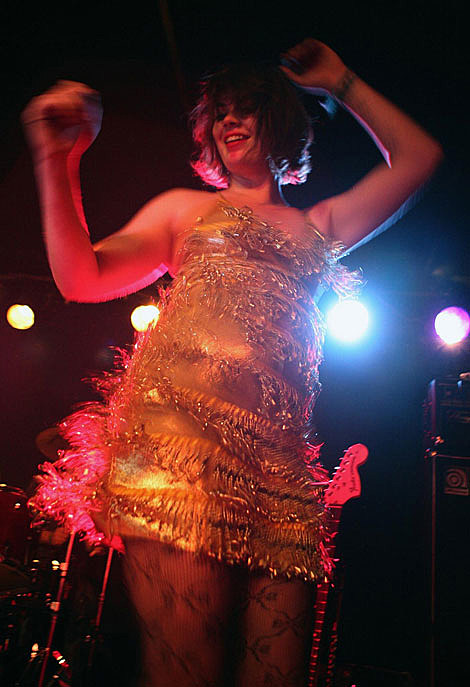 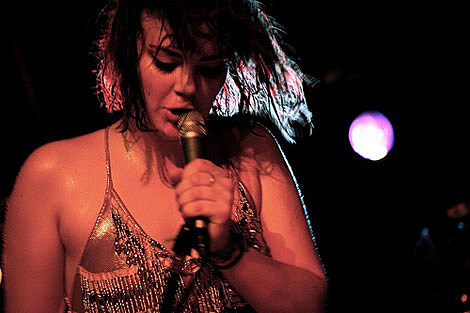 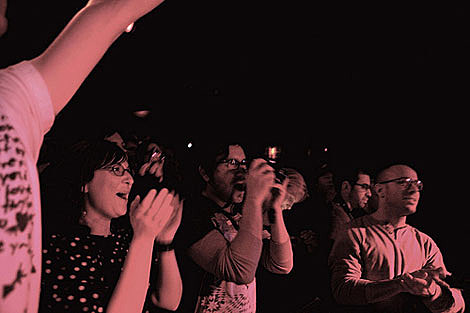 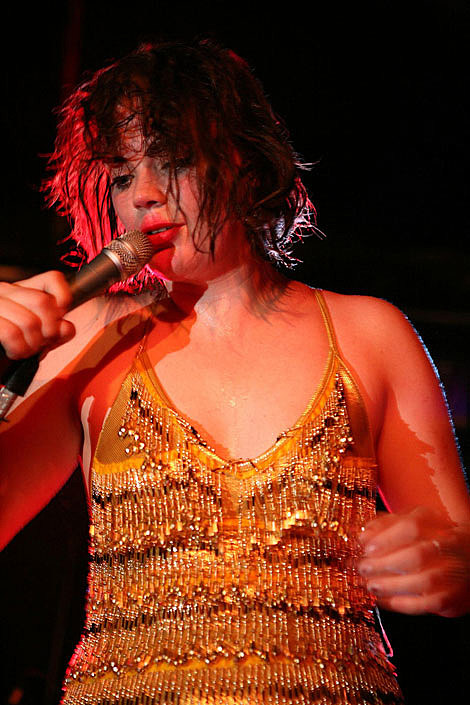 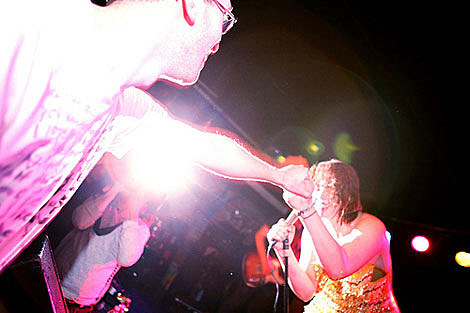 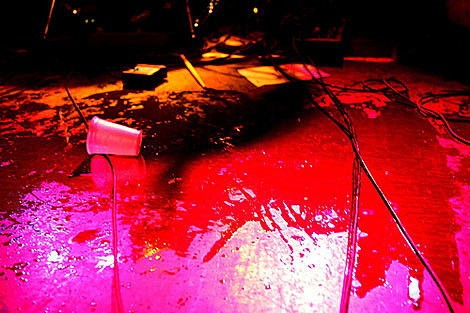 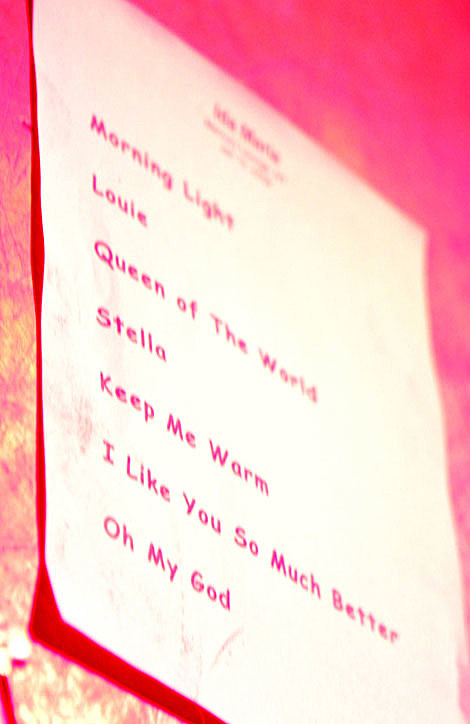 Those Darlins opened the short show. Ida dedicated the night to the survivors of the plane that landed in the Hudson earlier that day.