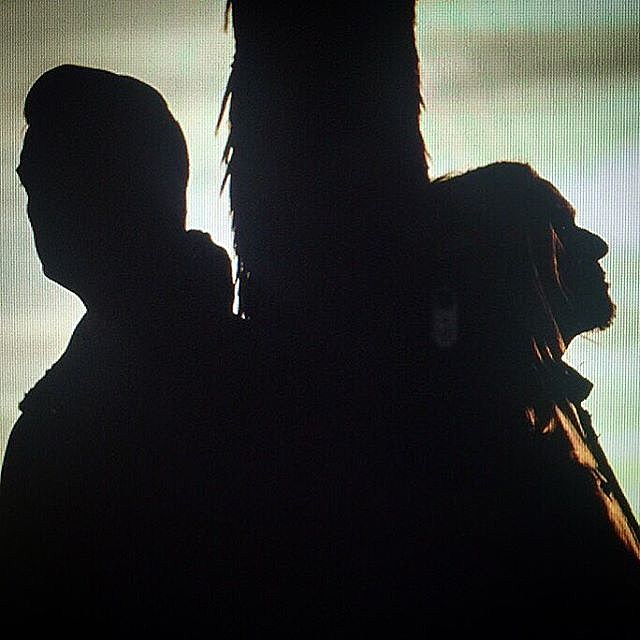 Iggy Pop and Josh Homme of Queens of the Stone Age and Eagles of Death Metal have made a collaborative album, titled Post Pop Depression, that will be out March 18 via Loma Vista. Queens of the Stone Age's Dean Fertita contributed guitar and keyboards, and Arctic Monkeys' Matt Helders played drums. Homme talked to The New York Times:

In some ways, "Post Pop Depression" also picks up where "Lust for Life" left off. "Where those records pointed, it stopped," Mr. Homme said. "But without copying it," he continued, "that direction actually goes for miles. And when you keep going for miles you can't see these two records any more."

The lyrics reflect on memories, hint at characters and offer advice and confessions; they can be hard-nosed, remorseful, flippant, combative or philosophical. The album's theme, Mr. Pop said, is: "What happens after your years of service? And where is the honor?"...

...He continued: "In American life, because it's so hypercompetitive, what happens when you're finally useless to everyone except hopefully not yourself? What happens then? And can you continue to be of use to yourself? I had a kind of character in mind. It was sort of a cross between myself and a military veteran."

Pop and Homme will also tour the record, and the live band will include Fertita and Helders, plus QOTSA's Troy Van Leeuwen on guitar and Chavez's Matt Sweeney on bass.

UPDATE: Iggy and Josh and the band will make their live debut on The Late Show with Stephen Colbert tonight (1/21).