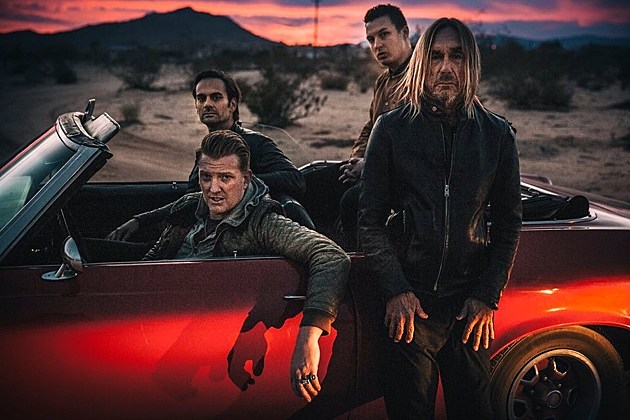 Iggy Pop already released two songs off his upcoming album Post Pop Depression that he made with Queens of the Stone Age's Josh Homme and Dean Fertita, and Arctic Monkeys' Matt Helders. They mentioned they'd be touring with that lineup plus QOTSA's Troy Van Leeuwen and Chavez's Matt Sweeney, and now the dates have been announced. Iggy promises, "This will be epic and you cannot miss it."

Iggy also plays a solo set at the 26th annual Tibet House US benefit concert at Carnegie Hall on February 22. All dates are listed, with the two singles from the album, below...