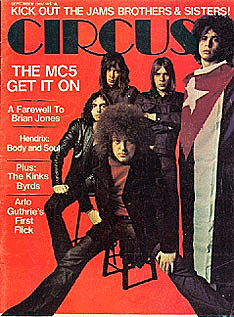 Iggy Pop supports Michigan State University's decision to ban animal circuses from campus in 2009 and hopes the school will make the ban permanent.

"As students who are concerned about animal welfare have told you, performing animals are deprived of everything that is natural to them, including the ability to roam, forage and form families and friendships," Pop said in a letter to the MSU Board of Trustees. It was written on behalf of People for the Ethical Treatment of Animals.

PETA says the board of trustees decided not to allow the Royal Hanneford Circus (or any others with animal performers) on campus in 2009, for the first time in 16 years. But what about 2010?

"The circus industry is big, wealthy and powerful, and I'm sure that its leaders are encouraging you to reverse your decision," Pop said in his letter.

"I implore you to continue to keep the interests of your students and the welfare of animals at the forefront of your thoughts and stand firm on your policy." [Detroit Free Press]

Iggy, who has a new near-jazz record on the way, is confirmed to appear at the previously-mentioned Road Recovery Benefit happening at Nokia Theatre in NYC on May 1st...

Joan as Policewoman opened for Neko Case at the same venue on Tuesday.

Kick Out the Jams (video) below...