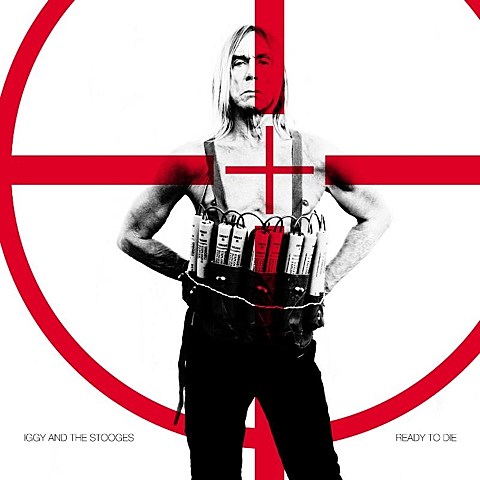 Iggy & The Stooges, who had three classic albums during their first run as a band (1967-1971) and returned with Iggy, Rob Asheton, and Scott Asheton in tow for 2007's The Weirdness, are now ready to release another new album, Ready to Die (I guess they didn't feel Illmatic was fitting?), on April 30 via Fat Possum. Ron unfortunately passed away in 2009, but Scott is still with Iggy and they've regrouped with James Williamson, who ripped with the band on Raw Power. The lineup is rounded out by Mike Watt (Minutement, fIREHOSE, etc). On the decision to record another album, Iggy notes:

My motivation in making any record with the group at this point is no longer personal. It's just a pig-headed fucking thing I have that a real fucking group when they're an older group they also make fucking records. They don't just go and twiddle around on stage to make a bunch of fucking money...

That's excerpted from a video interview with Iggy that you can watch below, along with a promo trailer for the album...

Iggy and the Stooges - "Scarecrow"

Iggy and the Stooges Scarecrow from Fat Possum Records on Vimeo.

Iggy and the Stooges Interview from Fat Possum Records on Vimeo.