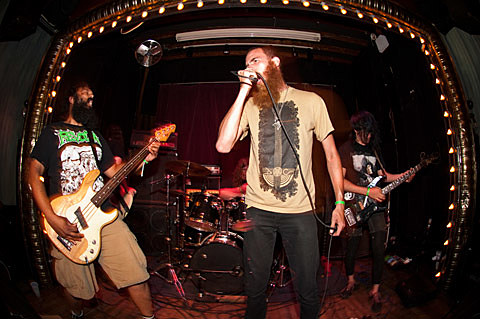 Ten-ton death-doom machine Ilsa will play a last minute NYC show at Acheron on April 1st along with destructive war-metal crew Ruin Lust (mems Fell Voices) and blasting grind crew Scowl. This BV-BBG/Order of The Serpent show will set you back $8 and will be Ilsa's last NYC show "for a while" so don't miss it!

Ilsa, who released one of my favorite records of last year with Tutti Il Colori Del Buio, recently signed on to drop their next record with A389 Recordings. Look for that release later this year.

Flyer & video/streaming audio of some of the bands in action, below.... 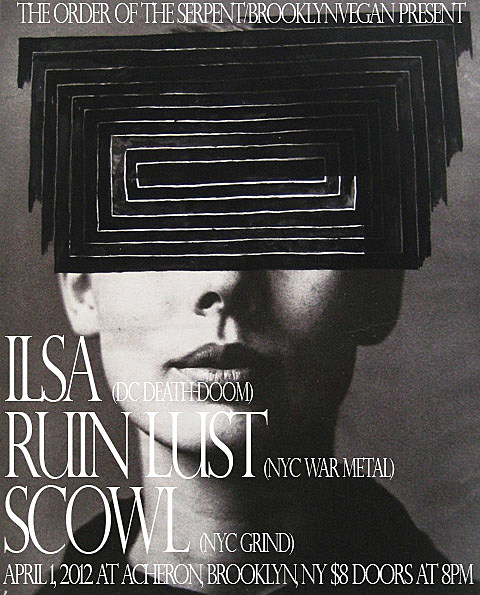