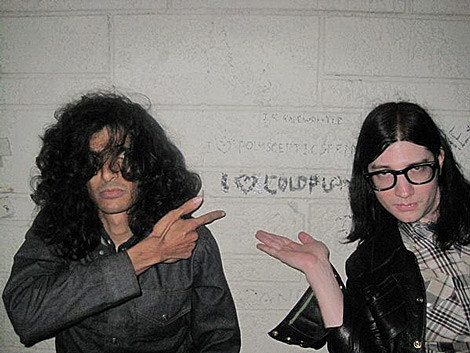 It's not just David Pajo. More than one artist has done time as a live member of the Yeah Yeah Yeahs, and much like Pajo, Imaad Wasif has also recorded with a few different bands (Lou Barlow, Folk Implosion, in addition to YYY's newest LP) and has a catalog of music of his own. The latest entry in the Wasif canon is his new solo LP, The Voidist, out NOW via Tee Pee Records and featuring "Priestess" (like the band) downloadable above. The LP, which was recorded with his supporting band Two Part Beast, features appearances from Dale Crover (Melvins) and Greg Burns (Red Sparowes) and was laid to tape by Chad Bamford (Weezer).

Imaad Wasif, who was picked by Jack White to open for The Raconteurs and Dead Weather based on his live show, will be in NYC to perform at three CMJ shows: an RSVP-only day party at Pianos on 10/23, the Tee Pee Records 2009 CMJ Showcase at Union Pool with Priestess (like the song), Nebula, Naam, Quest For Fire, Kreisor, Hopewell, Imaad Wasif with Two Part Beast and Weird Owl ($12, or use your CMJ badge), and the third is the showcase with Rain Machine, Sharon Van Etten, Violens, Threes And Nines and Stricken City at Bowery on 10/24 (tix here, or CMJ badges). The Tee Pee showcase is second Tee Pee event happening during CMJ, the first being their day party at Cake Shop on 10/22. 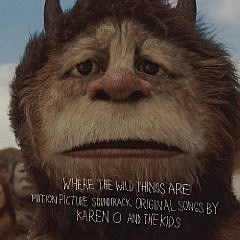 Besides his new solo LP, Waasif can also be found on the soundtrack to the Where The Wild Things Are as one of "the Kids" that make up Karen O & The Kids. Joining Karen O (YYYs), is the rest of her current band, Wasif, Bradford Cox (Atlas Sound, who is playing CMJ) Aaron Hemphill (Liars), Dean Fertita (The Dead Weather), and Jack Lawrence (The Raconteurs). Want a copy? I have TWO UP FOR GRABS as well as a pair of Vice mini-magazines with 24 artists' renditions of Where The Wild Things Are. More on how to win at the botton of this post. For some behind the scenes videos from the movie (which opens TONIGHT, check VBS.TV.

Nebula and Naam are scheduled to play the BrooklynVegan day party at Fontana's on 10/23 with Goes Cube, Ume, and Crystal Antlers (more on those additions later). The night show at the same venue on the same day will be done in conjunction with Relapse Records, and will feature Misery Index, Salome, Revocation, Black Anvil, Complete Failure, Howl, and Gloominous Doom.

Imaad Wasif is also scheduled to play the Fog Rising festival on 11/7 in San Francisco with Witch, Ancestors, Red Fang, Black Math Horseman, and many others. More and that show, including tickets, are here.

Tee Pee showcase flyer, Imaad Wasif and Nebula dates, and a NSFW video for Imaad Wasif's "Redeemer" are below... 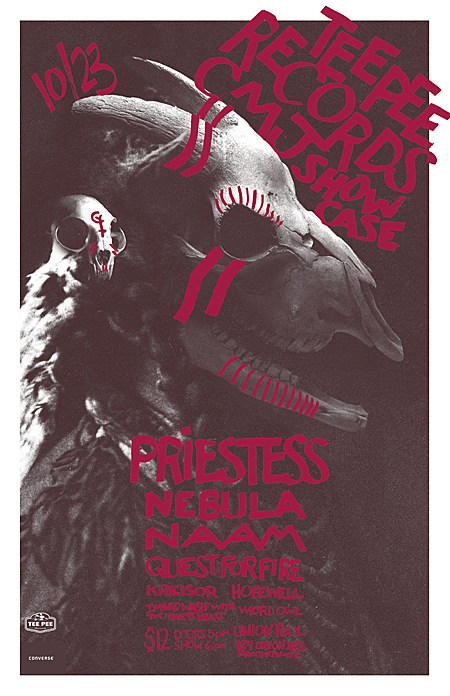 To win one of two prize packs which include a Where The Wild Things Are soundtrack and the Vice minimag, email us at BVCONTESTS@HOTMAIL.COM with a subject line of "Wild Thing". Include your first and last name. Two winners will be selected at random, notified and asked for their address.