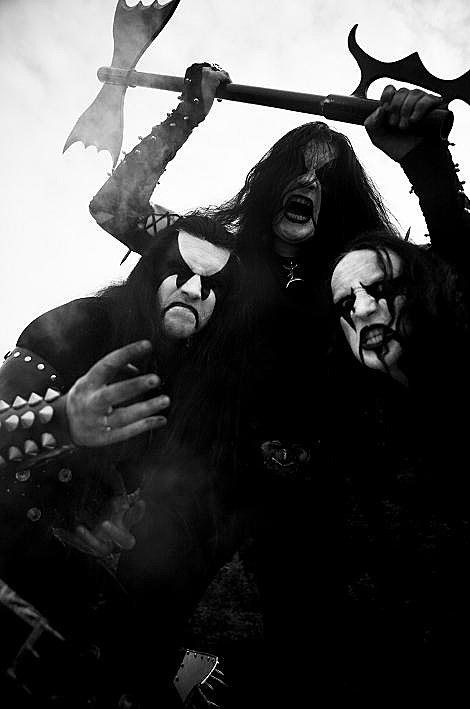 After triumphant shows in LA & NYC (BB Kings) in 2007, Black Metal pioneers Immortal are returning to our shores. Norwegian black metal comes to NYC just in time for... spring. And Easter. March 30th, to be exact. The Blackened Music Series hosts the show at Brooklyn Masonic Temple and tickets are now on sale in two levels, regular and VIP, which includes a meet & greet pre-show, laminate, a poster, and many other goodies. The show is part of short tour dubbed "Blashyrkh in North America" according to the foursome:

"North American hordes, we are coming your way! After the fantastic experiences we had in New York and Los Angeles in 2007, we are returning next year, and this time we will make sure we visit our Canadian hordes on the East coast as well! We will see you during Easter 2010, which will be a dark and cold one!"

Immortal went back to the studio earlier this year and returned with All Shall Fall, their first rager since Sons of Northern Darkness in 2002. The reception for the record has been positive overall (including mine) and it did well on the Decibel top 40. Pick up a copy of that LP via the band/CM distro.

The only other US show is again in LA. A few Immortal videos with all tour dates, below...