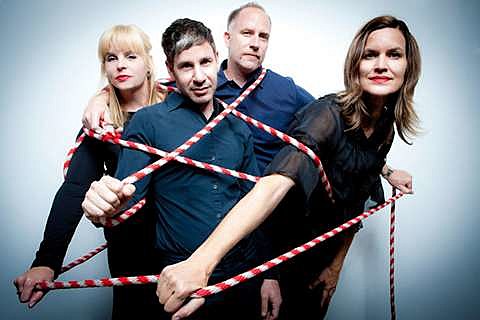 San Francisco indie pop band Imperial Teen (fronted by Roddy Bottum also of Faith No More) released Feel the Sound, their first new album in five years and fifth overall this past January on Merge Records. You can download album track, "Runaway," at the top of this post and watch its video below, along with the stream of another album track, "Out from Inside."

Imperial Teen have a few (mostly festival) dates coming up this summer, including a NYC show, which happens on August 17 at Knitting Factory. Tickets for that show are on sale now.

A list of all dates, video, and streams below...

Imperial Teen - "Out from Inside"