NYC avant-garde metallers Imperial Triumphant have announced a tour in support of their much-loved 2020 album Alphaville, and it's a great double bill with fellow NYC metal experimentalists Pyrrhon opening. The tour goes down in October, following an appearance at Philly's Decibel Metal & Beer Fest in September.

Things kick off on 10/15 in Boston, and they wrap up in Imperial Triumphant and Pyrrhon's shared hometown on Halloween (10/31) at Saint Vitus. Tickets for that show are on sale now. All dates are listed below. 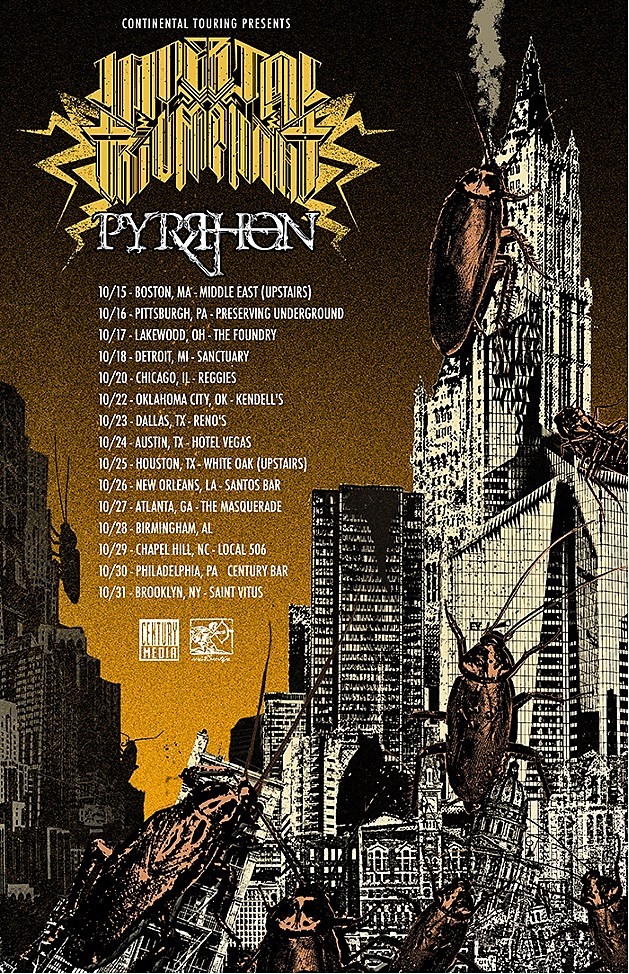