Future Islands @ the 1896 in January (more by Lori Baily) 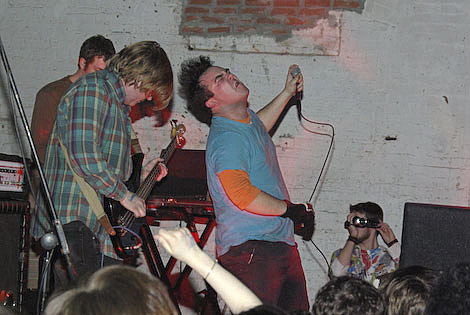 This Saturday (August 29th) Impose Magazine is hosting "Party with Tables," a day-show benefit for 826NYC at the Brooklyn Yard. The diverse lineup includes Screaming Females, Zs, Sharon Van Etten, Future Islands and Psychic Ills. There's also going to be an evening program by Cinema 16 afterward (that's the film series that pairs silent movies with new live scores from contemporary musicians). On top of those, there'll be a record and craft fair running all day. Tickets are on sale.

The gig is actually a pretty good window into the coming weeks, as most of the bands on the bill have their own gigs on the horizon. Zs are actually playing tonight (8/28) at the Cake Shop. They'll be at Glasslands on September 3rd and Death By Audio's MAZE in October (not surprising as Zs member Sam Hilmer is one of its organizers).

Screaming Females have a September 1st show at the Mercury Lounge (tix) with other shows planned too.

Sharon Van Etten has a show at Joe's Pub on September 4th with Meg Baird (tix are on sale). She's also opening tour dates for Great Lakes Swimmers, which also has NYC stops.

And Psychic Ills are going on tour with the Butthole Surfers this fall. All tour dates for the mentioned bands, with the show's full lineup and a flyer, are below... 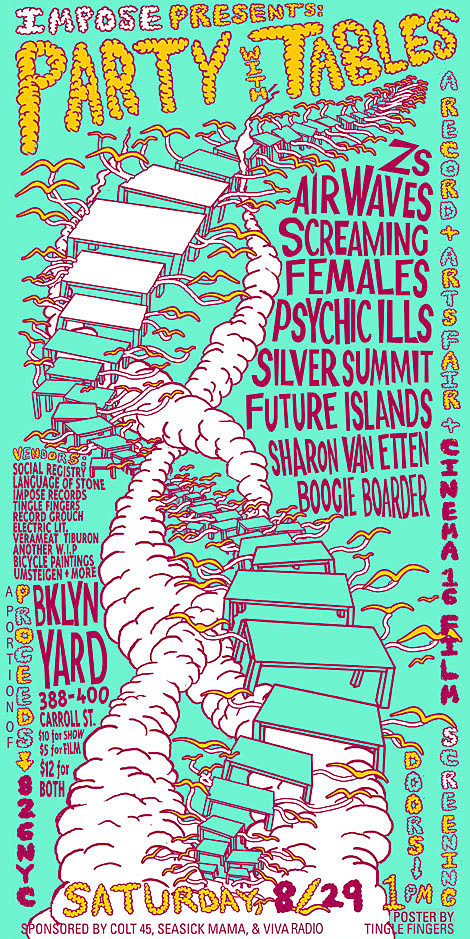 About 826NYC:
826NYC works with volunteers from the New York area writing community, including editors, publishers, journalists and authors, as well as film directors, television producers and even radio hosts, to provide outstanding, high-quality educational programming to students, aged 6-18, at no cost to the school, the students or their families.