Fucked Up @ Chaos in Tejas (more by Keith Marlowe) 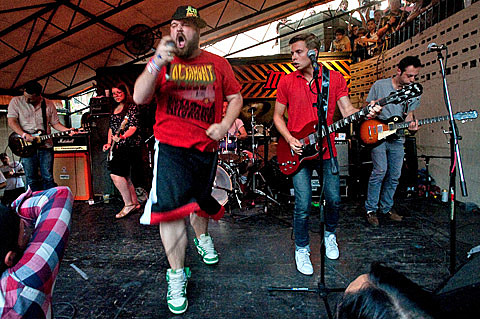 As we hinted about 10 times, Fucked Up are in fact the special guest playing 285 Kent on Saturday night with JEFF the Brotherhood and Iceage. As previously mentioned, advanced tickets can be bought at Record Grouch.

Their billing on the Brooklyn show can now be officially revealed since they played their show at Terminal 5 with Dinosaur Jr. last night. More about that one later. More FU dates HERE. Their new video for "Queen of Hearts" is below...