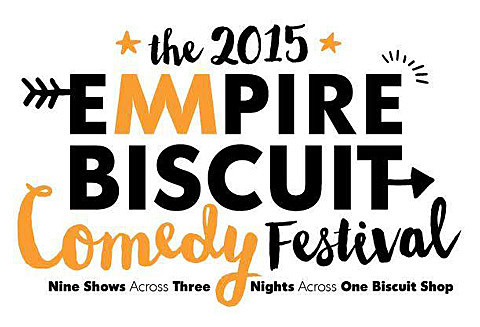 These days, it seems like every bar or restaurant with a basement is jumping on the comedy train with open mics of dubious quality and the occasional improv show. But the East Village's 24-hour all-biscuits-all-the-time Empire Biscuits is taking the comedy-restaurant collaboration to a whole new level with the very first Empire Biscuit Comedy Festival. The festival spans three nights, August 2 to August 4, with three showcases each night. The festival kicks off Sunday (8/2) at 7 PM with Liza Treyger (Comedy Central's Half Hour), Alingon Mitra (Last Comic Standing), Joe Pera (Comedy Central), and Mark Normand (Inside Amy Schumer). Other Sunday highlights include Jo Firestone, Giulia Rozzi, Brett Davis (The Special Without Brett Davis) and Jim Tews (Louie) at 9 PM.

So you're probably wondering - how much do I have to pay to see this fantastic lineup of indie New York comics? Well, for the low price of $50, you can see all nine shows, including one biscuit and one beer per night. It's $14 for a single show, which also includes a biscuit and a beverage. Tickets are on sale now.

Full lineups for all nine Empire Biscuit Comedy Festival shows are listed below... 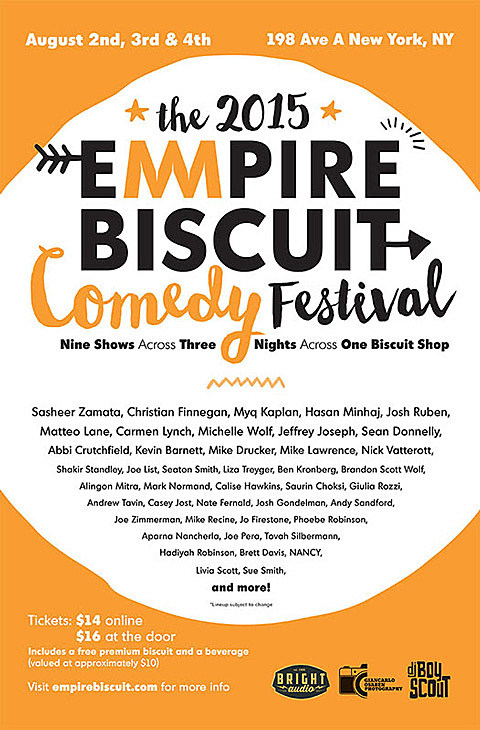