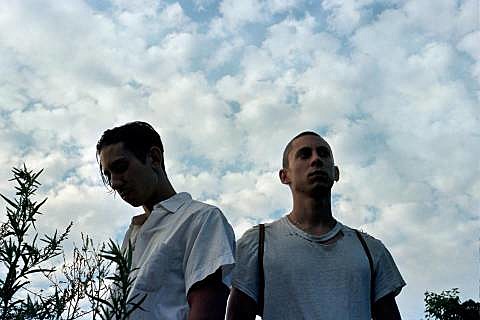 LA electronic duo Inc. (formerly Teen Inc.) should have their debut album for 4AD out sometime next year, but you can get an early taste of what they're up to much sooner when they play an NYC show on Saturday, November 17 at Steel Drums (35 Beadel Street, Brooklyn). Tickets are on sale now.

Making the evening much more interesting is a special performance from Sky Ferreira with Dev Hynes of Blood Orange (who we spotted watching Sky's set during one of our CMJ-week day parties), meaning they'll be performing together. As you may know, Dev co-produced Sky's "Everything is Embarrassing," and performed a rendition of it himself when he opened for Grimes at Music Hall of Williamsburg recently (video of that is below). We're told they're building "actual stage sets" for both Inc. and Sky/Dev's sets so "expect theatrics." Opening the show will be a set from Physical Therapy.

Sky will also be performing, sans-Dev, at two NYC shows later in the month.

Flyer for the Inc. show and the Dev Hynes video are below. 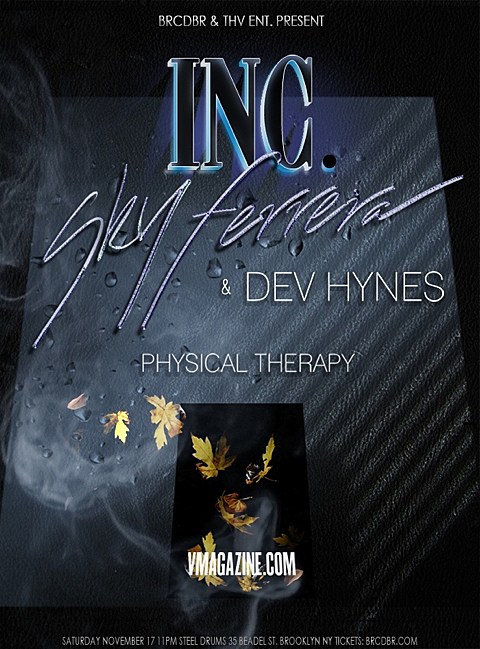