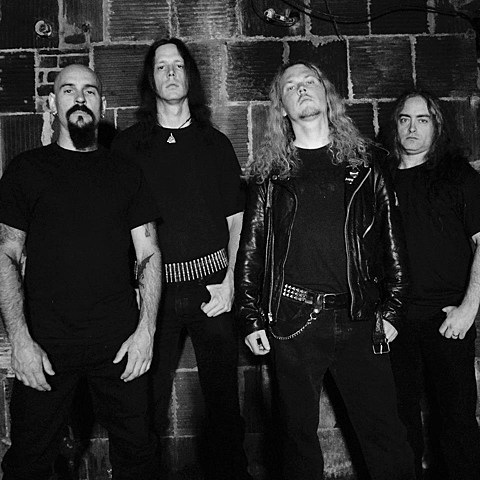 Death metal favorites Incantation will again bless NYC on March 30 at Saint Vitus as part of a strong bill with funeral doomers Evoken, reactivated DM crew Derketa, and Rellik. Tickets are on sale. The appearance from the DM favorites is part of a rare tour -- their last being part of a semi-disasterous appearance at Europa in 2010 where they were scheduled to perform all of their classic Onward to Golgatha (they played most of it).

Incantation released Vanquish in Vengeance late last year. Stream that LP in full below alongside a list of all tour dates.