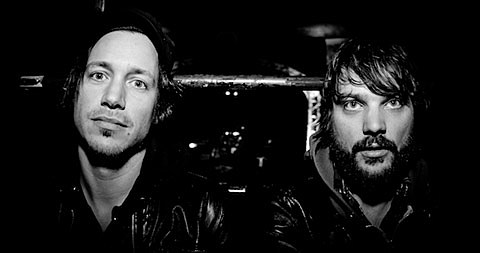 Indian Handcrafts have welcomed their new LP Civil Disobedience For Losers, which is out now via Sargent House. Stream a pair of tracks from that release and check out a video below.

The band's mix of Queens-of-the-Stone-Age-meets-Melvins melodic riffery, which makes sense considering the production of Toshi Kasai and the guest appearances from Melvins drummers Dale Crover and Coady Willis, will fit nicely alongside Red Fang and Black Tusk, and as such you can catch the trio on tour together for the East Coast leg of their tour. Dates are below, including on 11/11 at Bowery Ballroom (tickets) and 11/12 at Saint Vitus (tickets).

All tour dates are listed below, along with those song streams.