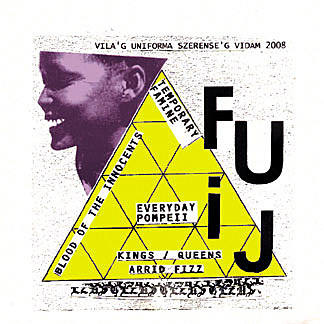 Indian Jewelry are from Texas. Their album "Free Gold" will be released on May 20th.

The band's closest contemporaries are Excepter. Like them, their music is deliberately primitive, partially improvised, menacing and boring and inventive in equal measure. But even as Free Gold! invites a broader audience with the solid hooks on "Bird Is Broke (Won't Sing)" and "Temporary Famine Ship," Indian Jewelry's latest move harks back to certain '90s post-rock acts as much as it accommodates itself to a psych common ground, shared with bands like Wooden Shjips. [Dusted]

You can listen above and see them at the places listed below...