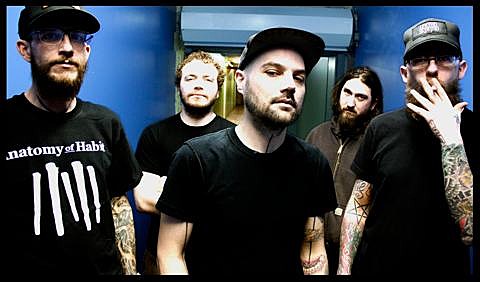 Chicago's Indian won over a lot of new fans with 2011's Sanford Parker-produced Guiltless. That album was a stupid-heavy, low-end doom/sludge monster with ugly distorted vocals that rightfully earned a spot among the year's heaviest albums. Now Indian's back with another Sanford-produced album, From All Purity, due out on January 26, that's heavier than anything we've heard from the band before.

From All Purity sticks to Indian's punishing ways, but prefers a somewhat different method of devastation -- the album drones more than it blasts, trudging along mournfully to create a bleak, hopeless atmosphere. Indian experimented with noise elements on Guiltless, and now that is an essential element of the band's sound. On "Directional," which just premiered over on Invisible Oranges, harsh corrosive feedback fuzzes up the mix, giving the track ugly, discordant depth. Give "Directional" and the previously-released, also brutal "Rhetoric of No" a listen below.

No Indian tour dates have been announced yet, but keep posted for any future dates.

Streams and From All Purity cover art below... 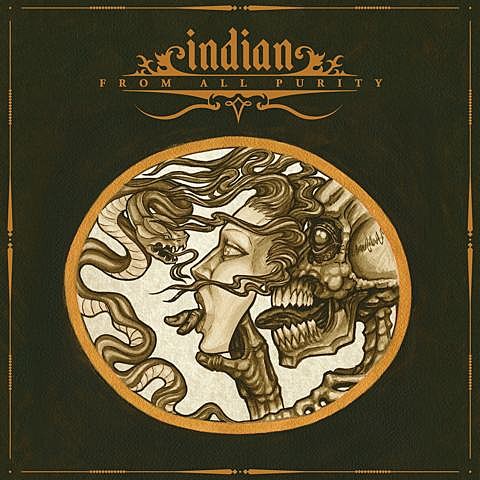