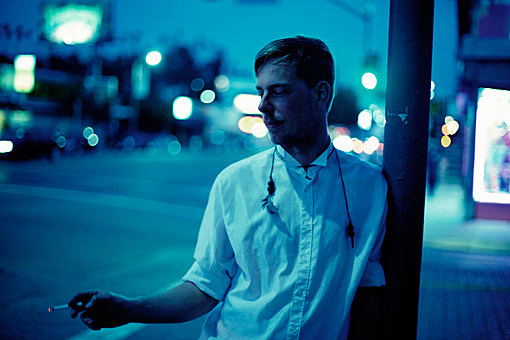 Indians, the moniker of Copenhagen's Søren Løkke Juul, has dropped a few impressive singles this year, including "Magic Kids," "New," and "I Am Haunted", and has visited our shores a few times as well. Now he's announced that he's signed to 4AD, making him labelmates with Deerhunter, St. Vincent, Grimes, and many others.

In honor of the signing, Indians recorded a 4AD sessions video, where Søren can be seen on a beach with two bandmates performing those three tunes mentioned above. You can watch that video below. If you've yet to check out Indians, it's rooted in bedroom dream pop, but seeing him perform in the wide open setting of a beach quickly proves that he won't be satisfied staying confined to small spaces.

As mentioned, Indians will be back in North America for a tour with Other Lives, which brings the two bands to NYC on November 28 at Bowery Ballroom and November 29 at Music Hall of Williamsburg. Tickets for both of those shows are still available.

A list of all dates and the 4AD sessions video are below.