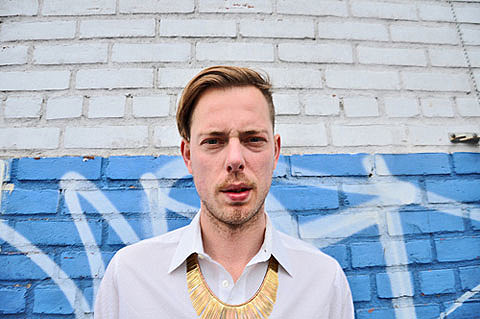 Cophenhagen's Indians (the project of Soren Lokke Juul), who made a great impression during CMJ, is back in NYC this week on his tour with Other Lives which hits Bowery Ballroom TONIGHT (11/28) and Music Hall of Williamsburg on Thursday (11/29). Tickets for both shows are still available.

Like we did with Craig Finn, and JEFF the Brotherhood, we asked Indians for a Top 10 Albums of 2012. His list, which is actually of albums he's listening to in 2012 (instead of what came out in 2012), can be viewed below.

He'll will release his debut album, Somewhere Else, on January 29 via 4AD. He recently recorded a Wild Honey Pie Buzzessions for two tracks off that album, "I Am Haunted" and "Cakelakers." You can check out the videos of those sessions, his top 10 list, and a list of updated dates, below.

---
Indians - "I Am Haunted" Buzzsessions