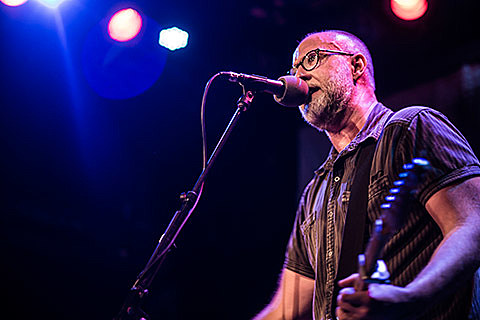 Over the weekend, a bunch of indie bands' Facebook pages got hacked, which is why you may have seen New Pornographers, Death Cab For Cutie, Best Coast and others post "8 Reasons Why You Might Consider Leaving Your Pubic Hair Alone." Bob Mould's Facebook was also among those hacked and he vented frustration the only way he knows how -- in song. Watch him perform it below.

Meanwhile, Bob's new album Patch the Sky will be out in March and his tour hits NYC at on April 29 at Webster Hall. Tickets are still available.