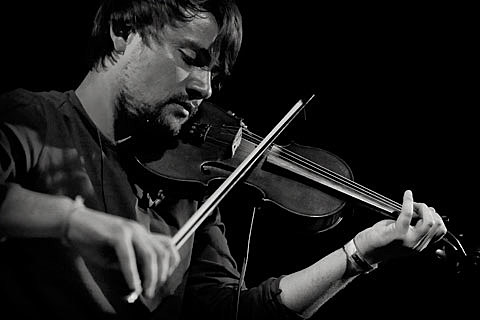 Nitsuh Abebe recently published an article in NY Magazine called "The Indie-Folk Crossover: Commercials for Our Selves in a Hunger Games World" which discusses all the popularity bands like Mumford & Sons, The Head & The Heart and Of Monsters & Men are having...

There's a whole clutch of indie-folk guitar bands, up-and-comers and major-label crossovers alike, who enjoy dressing as if they just stepped out from among the coal miners of Hunger Games' District 12 and prefer hardscrabble tales of personal determination to gothic glitter. There are hugely successful Grammy favorites like Mumford & Sons and Arcade Fire; jaunty American acts like Edward Sharpe & the Magnetic Zeros; whole slews of whispery guitar-pluckers with ampersands in their names, from the Head & the Heart to Boy & Bear; and baroque Brits like Dry the River and Fanfarlo. Somewhere at the center of them is a form of polished, triumphal, suspender-friendly indie-folk that is, for the moment, enjoying a surprising amount of commercial success...

Dry the River just announced a May headlining tour that hits Mercury Lounge on 5/21. Tickets go on sale at noon. All tour dates are listed below...