a Haim striking a pose (more by Amanda Hatfield) 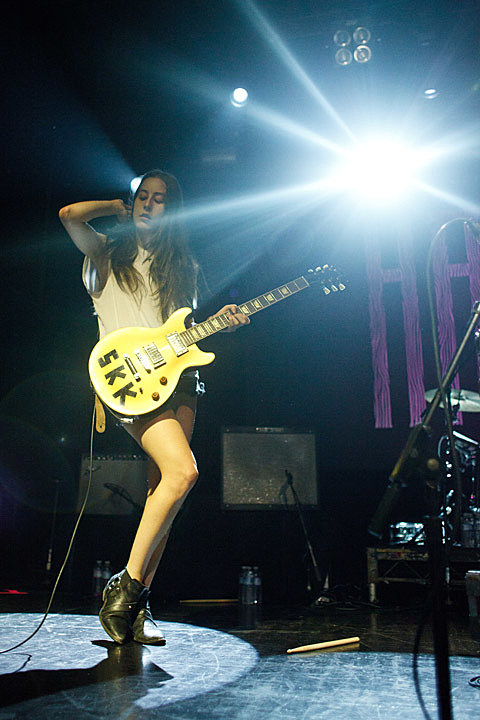 ...we're witnessing the death rattle of the current version of alternative, "indie." In the past month, there's been a series of releases -- including Haim's Days Are Gone, Chvrches' The Bones of What You Believe, Lorde's Pure Heroine, Icona Pop's This Is ... Icona Pop, and the 1975's self-titled debut -- that have been slotted as "indie pop," ostensibly because they're positioned outside "regular" pop just as Pearl Jam once was placed outside regular rock music. But the "indie" modifier is instantly extraneous once you've actually heard these records -- in sound and form, there's nothing that's weird, experimental, or potentially off-putting about them. (The same can be said of indie-favored pop records released earlier in the year, including Charli XCX's True Romance, AlunaGeorge's Body Music, and Ariana Grande's Yours Truly.) They're well produced, catchy, immediately likable, and fashioned in the mold of successful trends. They are simply pop pop records. [Grantland]