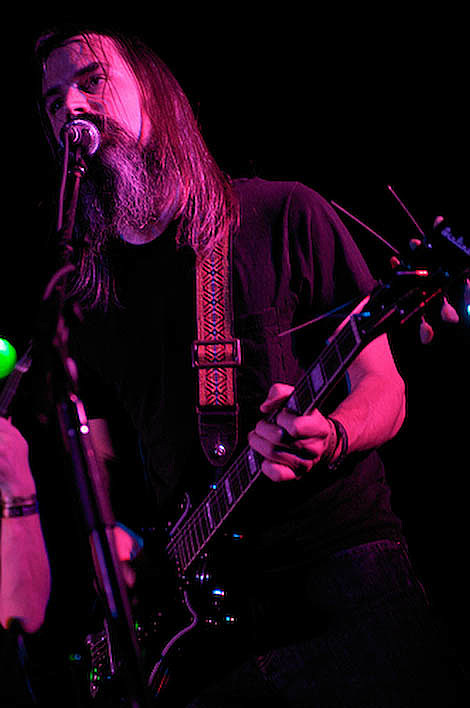 Wooden Shjips will be at ATP NY this weekend (hand-picked by Jim Jarmusch). That's followed by a show at MHOW on 9/6 (tickets) and then more dates north and west as far as Chicago, but then Ripley Johnson of the psychedelic left coast crew will start heading back east for a different string of dates with his other project, Moon Duo. The band will team up with Crystal Stilts and Messages (mems of Psychic Ills) for a show on 9/17 at Knitting Factory. Tickets are on sale.

Crystal Stilts recently played Bowery with Dean Wareham but have otherwise laid relatively low. Members of the band recently completed a new collaborative LP with David Feck of the UK's Comet Gain under the moniker Cinema Red & Blue. You may remember they played here back in September...

"Cinema Red and Blue is a Comet Gain side project featuring frontman David Feck, as well as that band's Anne Laure and Hoffner Burns. They're actually in town to record their album at Gary Olson's Marlborough Studios in Brooklyn and decided to play a show while here. I ran into Feck at a show on Monday and he told me that the album is about half covers and to expect the same from the live show. He rattled off a bunch of the songs they're covering but the only one I remember now is a Julian Cope song from his 1989 album Skellington. The band will be augmented live by former Comet Gain / current Soft City member Phil Sutton, plus JB, Andy and Kyle from Crystal Stilts. I have to imagine Gary Olson will contribute trumpet to at least one song. This should be fun." [Bill]

That self-titled LP is due 9/28 via What's Your Rupture, and features the Vic Godard cover "Same Mistakes" which can download above. Finest Kiss adds that, "the makeshift band also employs the services of Amy Linton, Hamish Kilgour and [as Bill predicted] Gary Olson."

Messages (the band featuring members of Psychic Ills) also have another show in the near future, supporting Excepter and Up Died Sound on 10/27 at Coco66.

All tour dates and some video is below.... 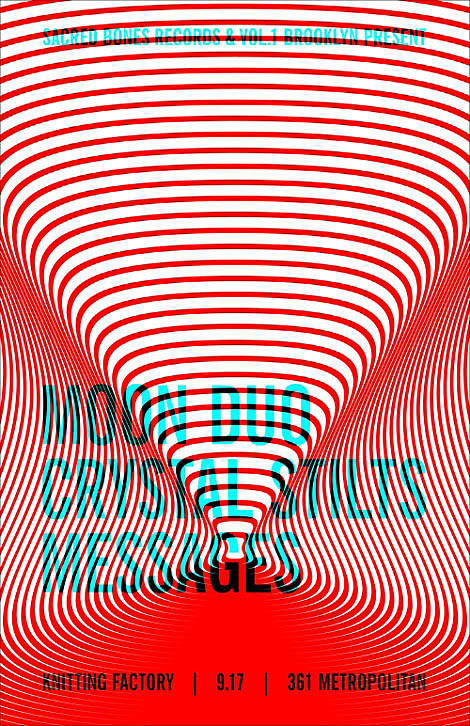