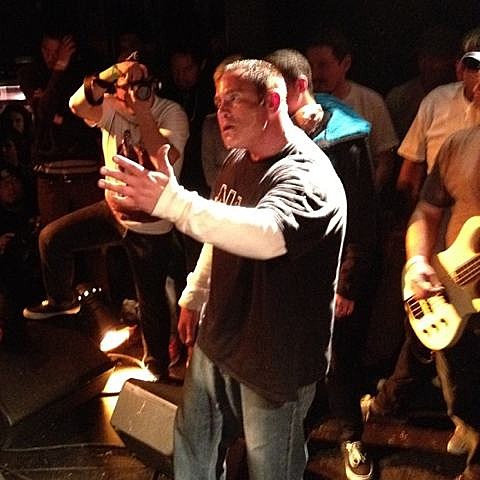 It goes without saying that the legendary Infest made their distinct imprint on hardcore and grind. The LA Powerviolence pioneers played their first show in 16 years last night (1/13) at The Echo in Los Angeles with bassist Chris Dodge (Crossed Out, Despise You, Spazz, etc) in tow. Check out video from their performance below.

Infest already have dates lined-up for Maryland Deathfest and Chaos in Tejas in 2013, but the band have also added a date with Insult, Magrudergrind, Shitstorm and Strong Intention in Miami on March 9. Full tour dates are listed below, along with video from last night's show.