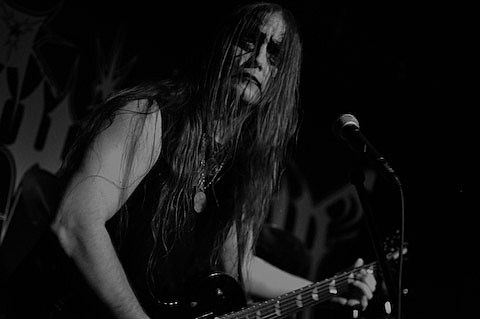 Inquisition will hit the road as part of a package tour this fall, joining Septicflesh, Krisiun, Melechesh and Ex Deo. Kicking off in Toronto, the dates includes a pair of East Coast stops, including NYC at Gramercy Theater on October 16th. Ticketing info is forthcoming but you can keep checking Ticketmaster.

Inquisition is currently touring the EU, so if you're on that side of the pond, look out for them. Otherwise, look for that "Conquerors of The World Festival Tour" (with Melechesh/Septicflesh/etc, which ironically/hilariously mostly hits Canada) at the dates listed below.