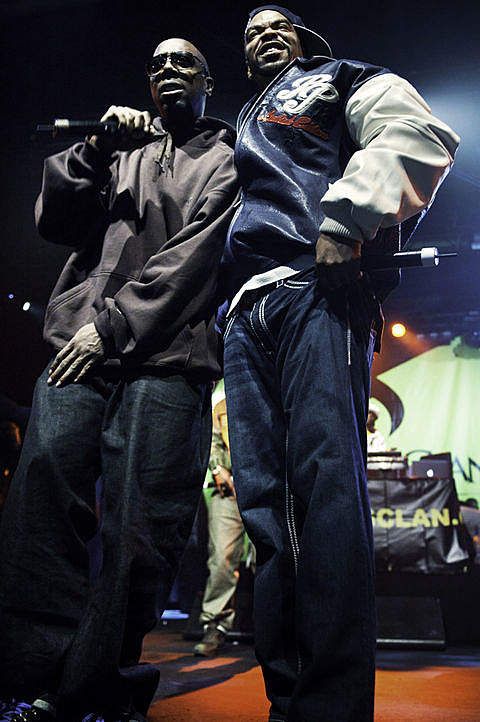 Summertime and old-school/golden age hip hop go hand in hand. As such there are a plaethora of upcoming shows that will showcase all of your favorite MCs.

SOB's will also host upcoming shows with Elzhi (ex-Slum Village) on July 19th (tickets), as well as Beanie Siegel on July 25th (tickets), the latter of which will appear at the Apple Store in the near future.

Slick Rick seemingly has a new NYC show on the calendar at all times, and his latest will team him with the great Biz Markie. Look for the duo to hit Gramercy Theater on July 28. Tickets are on sale. Meanwhile, a few of Biz's Juice Crew affiliates (namely Marley Marl and Big Daddy Kane) will link up with EPMD, Chubb Rock, and DJ Scratch for a show at BB King's on July 18th. Tickets are still available.

More shows: Prodigy of Mobb Deep and The Beatnuts will celebrate Queens Day at Irving Plaza on June 19; the shows in Betsy Head Park this weekend (Boot Camp Clik takes over 6/7); Lyricist Lounge with Ghostface on June 23; and GZA's performance of Liquid Swords during the Northside Festival (6/14).