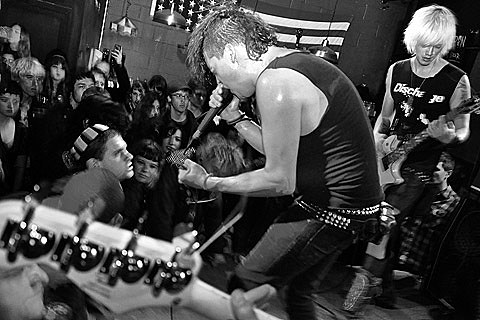 Everyone knows that NYC's punk scene is brimming with great bands and hospitable venues. Now all of these will converge for a single weekend of madness in April in NYC.

I'm incredibly excited to make the first announcement for NYC's Spring 2013 International punk and hardcore fest. The dates will be Thursday April 18th to Sunday the 21st. There will be more band confirmations, venue and ticket information, lineups, and plenty more news in the next couple of weeks/months.

The first round of bands have been announced, and you can check the first additions, which include names like Atentado, Perdition, Drapetomania, Aspects of War, Goosebumps, and many, many more below.